Ever since the silly mistake has been spotted in the latest poster of Baahubali: The Conclusion and it went viral on social media, it had become talking point. Now, one week after the initial poster was unveiled on Jan 26 on Republic Day eve, the makers of Baahubali have swung into the action and got it corrected silently. The latest rectified poster has been posted on its official social networking page on Thursday. 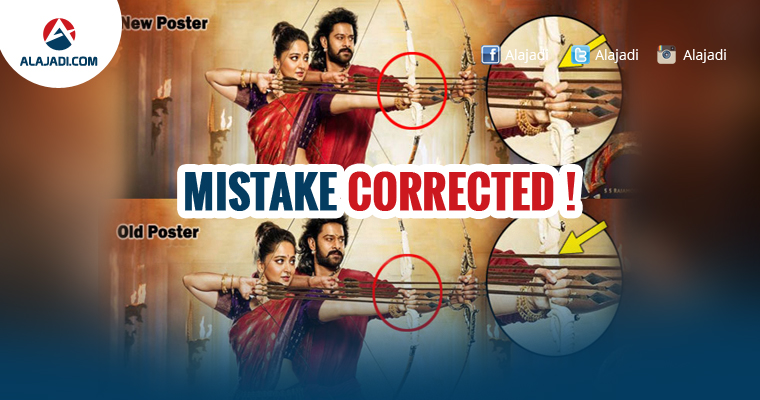 Now this has been corrected and a fresh poster has been upped on its social networking page without mentioning anything. SS Rajamouli, who is aggressive on Twitter, is tight-lipped on the issue. Even the makers of Baahubali and their official Twitter accounts haven’t mentioned about the mistake as well as the correction as if nothing happened.

However, fans of Prabhas, Anushka are happy that the corrected poster is displayed at least a week after the initial poster released. Hope Rajamouli and team will be more conscious from now on wards as Baahubali is an international icon that’s being closely monitored by many of its fans all over the globe.