Baahubali 2 star Prabhas to get married in March 2018?

After releasing of magnum opus Baahubali – The conclusion movie all fans got their answers from it. If you’ve been reading about Baahubali fame Prabhas getting married anytime soon, you’ve been made to believe nothing but plain rumours. When we read the reports, we decided to dig deeper, speak to sources very close to Prabhas to find out if the reports were true and we were informed that Prabhas will get into the relationship in 2018. 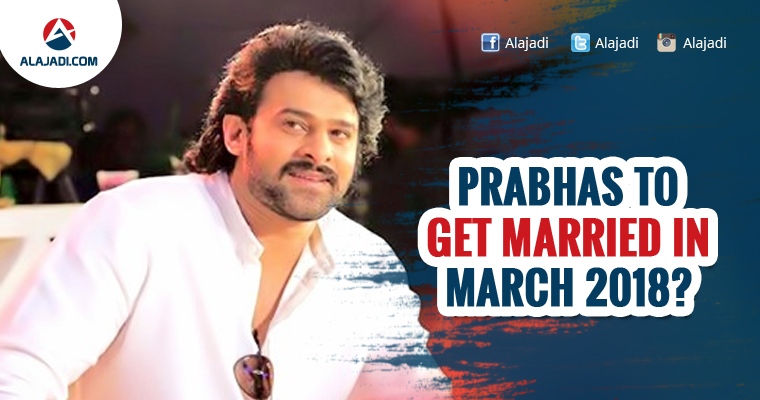 As per the fortune tellers, Prabhas will get married in March 2018 for sure. A source close to Prabhas said that the astrology masters have recently drawn a clear picture about Prabhas’ marriage and film career. On the career front, Prabhas is getting under the skin of his new character in his next film with director Sujeeth. He will shed weight and look leaner for the yet-untitled project. Prabhas will get rid of his muscles, sport new hair cut for Sujeeth film

To be made as a trilingual on a lavish budget of Rs 150 crore, the film is tipped to be a road thriller, and a lot of the story unfolds on the move. The makers are spending a whopping Rs 35 crore for a particular action sequence under the supervision of international stuntman Kenny Bates.