Australia hit a world record 263 against Sri Lanka in Tuesday’s Twenty20 international in Pallekele. Opener Glenn Maxwell fired a blistering 145 runs in 65 balls in that Maxwell struck 14 fours and nine sixes during his 65-ball stay to help Australia break a nine-year record held by Sri Lanka, who scored 260/6 against Kenya in 2007. 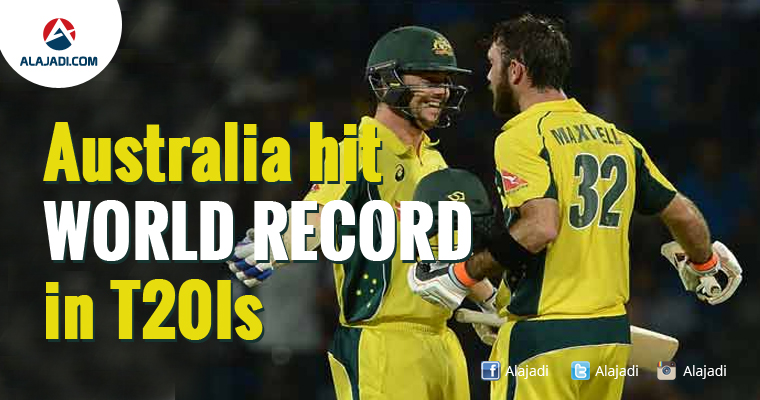 Skipper David Warner gave Australia a fiery start with his 28 runs off 12 balls as he put on a 57-run opening partnership with Maxwell to lay a solid foundation. The opener, who registered his maiden T20 century in his 35th game, found the perfect partner in Usman Khawaja, who scored 36 off 22 balls, as the duo put together 97 runs for the second wicket.

Debutant left-arm spinner Sachith Pathirana got Khawaja trudging back to the pavilion, only to see Travis Head join forces with Maxwell. Maxwell and Head, who scored an 18-ball 45, then put on 109 runs for the third wicket as there were raining boundaries at a packed Pallekele International Stadium. Maxwell fell 11 runs short of teammate Aaron Finch’s top T20 score of 156 as he faced a single ball in the final over of the innings.