The government has made Aadhaar mandatory for availing cooking gas (LPG) subsidies but has given two months grace period for citizens to get the unique identification number. Government currently gives 12 cylinders of 14.2-kg each at subsidized rates per household in a year. The subsidy on every cylinder is transferred in advance directly into bank accounts of individuals, who then buy the cooking fuel at market rates. 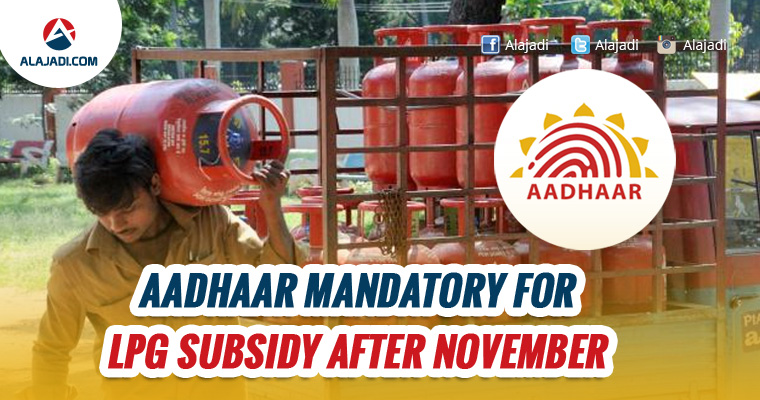 The government has given two months grace for undergoing Aadhaar authentication. The last date of applying for the Aadhaar card is November 30, 2016. The Oil Marketing Companies have been asked to speed up the enrollments so that every individual can be given a unique identification number.

Until they get their cards, they can get their LPG subsidy based on bank photo passbook, his voter ID card, ration card, kisan photo passbook, passport, or driver’s license, along with a copy of the enrollment slip for Aadhaar. The Ministry said use of Aadhaar as identity proof for delivery of services/benefits/subsidies simplifies the central government delivery processes, brings about transparency and efficiency, and enables beneficiaries to get their entitlements directly to them.