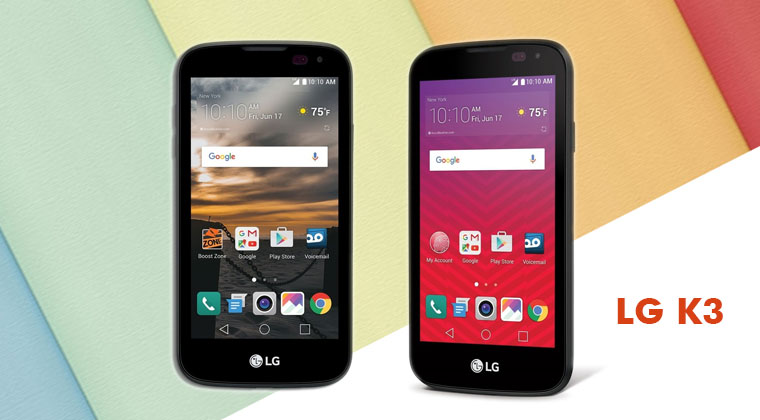 LG introduces a new entry-level android smart phone called LG K3 in US Market. This smart phone runs on android 6.0 marshmallow. The screen size is 4.5 inches with FWVGA display. This 480X854 pixels display phone is powered by 1.1 GHz quadcore Qualcomm snapdragon 201 processor. The phone is having 8 GB internal memory, which can be further extended up to 32 GB with external micro SD card.

This phone is having both rare and front cameras. LG K3 smartphone have 5 megapixel rare camera  with LED flash. The front camera is of 0.3 megapixels, which is not so appealing.

The phone is shipped with 1940 mah battery, which is removable, and the company claims it can give 14 hours of talk time, which is good in this segment. Other features include Bluetooth, GPS, Wi-Fi, 2G, 3G, 4G, and Micro-USB.
A very good thing about this phone is its price. It is available at just $80, which is almost Rs5600. Now LG also focuses in entry-level market and want to capture its share. Apart of this smartphone LG is coming with many entry and middle level phones to compete aggressively in the lower and middle segment market. In addition, we can definitely say it will affect the Indian market where entry level and middle level market is dominated by Chinese smartphones. Hope that LG will give a tough competition to these Chinese companies. We can say that in near future customers will be benefited by this competition and they will get more sophisticated smart phones at very competitive prices.