Is ‘ Kabali ‘ the title of Rajinikanth next film..?

Title of Super Star Rajinikanth’s 159th movie is KABALI. In telugu, it will be KAPALI. According to the producer, the subject is highly inspired from Bangalore mafia don real life character. Young director P.Ranjith is going to direct this action entertainer and the film is going to get launched in the third week of September in Chennai. Radhika Apte is playing female lead in Kabali and for the first time Rajinikanth is going to play his real age in the film.

Infact, the director Ranjith has chosen this story for Hero Surya and however, Surya told him that the role demands aged and angry personality, and hence directed him to Rajinikanth. Initially, the director was given 10 minutes time by Rajinikanth and however, after listening to the first punch line of the story, he asked Ranjith to continue the story. Astnished Surya, who also accompanied Ranjith sat in that story discussion for three hours, has played a vital role in shaping up the project, according to industry sources. 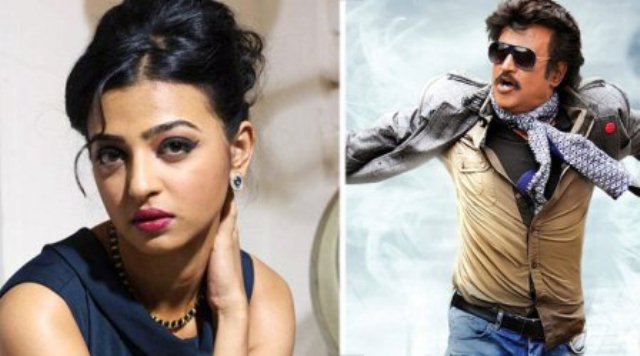 Upset with the financial constraints faced due to the failure of Linga and Kochhidiyaan, Ranjinikanth was away from mainstream for quiet a long time. However, another chance has come for him in the form of Kabila. Ranjith has directed `Madras’ and `Atta Kthi’ earlier, and both of them were big hits. “Rajani wants to encourage new blood, as the new genertation directors are so enthusiastic and are having different forms of presenting Rajinikanth in a brand new style,” a member of Tamil producers council shared his opinion with `Alajadi’. Earlier there was a talk that Larence Raghavendra or Prabhudeva may take up the new project with Rajinikanth, and however, entry of Ranjith has dismissed those rumours. Infact, buyers, distributors and exhibitors have experienced a major loss, as `Linga’ was not fared well at the box office. Now, the fans are so hopeful about Rajinikanth’s bi-lingual film –KABALI.