After scoring a decent hit with ‘Ra Randoy Veduka Chooddam’, Naga Chaitanya Akkineni is gearing up to attack box office with his new film “Yuddham Sharanam”. Going by the 1-odd minute teaser, it’s clearly evident that ‘Yudham Sharanam’ belongs to an exact opposite genre of RRVC. Akkineni Naga Chaitanya Upcoming Film titled as Yuddham Sharanam in Which Actress Lavanya Tripathi Will be Seen as female lead role. RV Krishna Maraimuthu is the director for this film. Few days Back Film Makers Released the First Look Poster Which Recevied Nice Response From Fans and Film Makers. As Per New update now makers are releasing film teaser today evening at their official youtube channel. 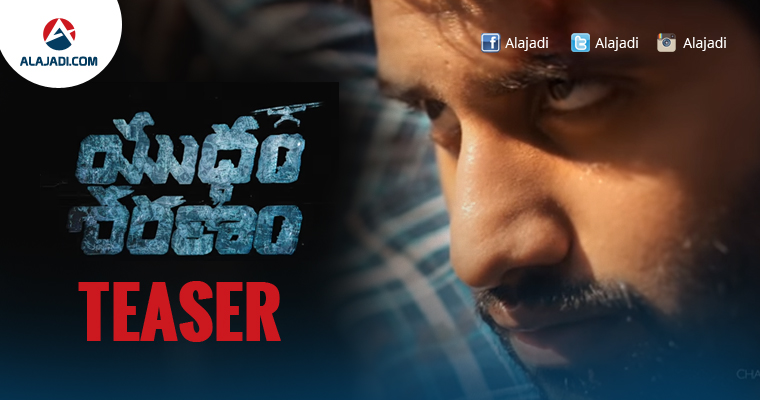 This news is confirmed by Chaitu himself as he shared the poster on his Twitter account and wrote, “Excited to show you guys this one ! #YuddhamSharanamTeaserOnJuly31”. The film features stars like Revathi, Rao Ramesh and Murali Sharma in pivotal roles.The first look of the film with Chay’s intense looks, The film is tipped to be a emotional thriller with novel storytelling. Barring couple of songs, the entire shooting part has been wrapped up. Pellichoopulu fame Vivek Sagar has composed the music. David R Nathan has provided the story and screenplay. Abburi Ravi has helped him in the screenplay.

Yuddham Sharanam is currently undergoing post production work and the teaser will be releasing on 31st July at 5:45 PM. This film is touted to have all the needed ingredients for a full length family entertainer. Debutante Krishna Marimuthu is helming this Vaarahi production venture. “Yuddham Sharanam” is tentatively slated to release worldwide on August 25.