The teaser of Young Mega Hero Sai Dharam Tej upcoming film Winner is unveiled on January 14th @ 9 AM as Sankranthi festival treat to Tollywood audience. It is directed by Gopichand Malineni and bankrolled  Tagore Madhu and Nallamalupu Srinivas (Bujji) under the banner, Lakshmi Narasimha Productions. 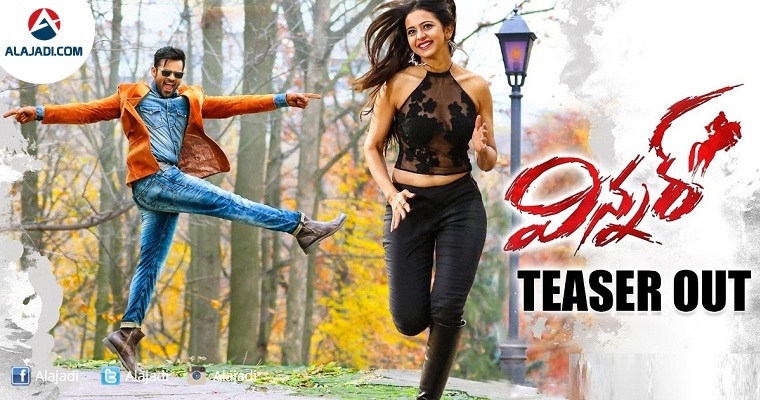 Rakul Preet Singh, Mukhesh Rishi, Pruthvi and Ali were also shown in the teaser. Rich visuals and apt BGM were other assets of the teaser. All in all, Winner appears to be a action entertainer with romance, comedy and set to hit the cinemas shortly.

Winner movie is touted to be Youthful entertainer drama with the sports background featuring Sai Dharam Tej in the lead actor and Rakul Preet is female lead opposite to him. Anchor turned actress Anasuya Bhardwaj will be seen shaking legs on a special song.The music is composed by SS Thaman, while Cinematography by Chota K. Naidu and Edited by Prawin Pudi. Recently, makers released Winner movie poster on New year eve which got superb responses from the audience. The entire shoot of the Winner has been already wrapped and currently the team is busy in the post production work.  The film slated to release on 24th February 2017.