Watch Suriya In Singam 3 Teaser is Out Now !

Actor Suriya is back as an aggressive cop in S 3, which is popularly known as Singam 3. The first teaser from the upcoming Tamil movie, which is written and directed by Hari, is out and has set the internet on fire. Suriya does a one-man show in the teaser of S 3. The video is completely centered around his actions and mannerisms. He mouths a few punch dialogues and beats up his rivals at full throttle in the fast-paced clip. 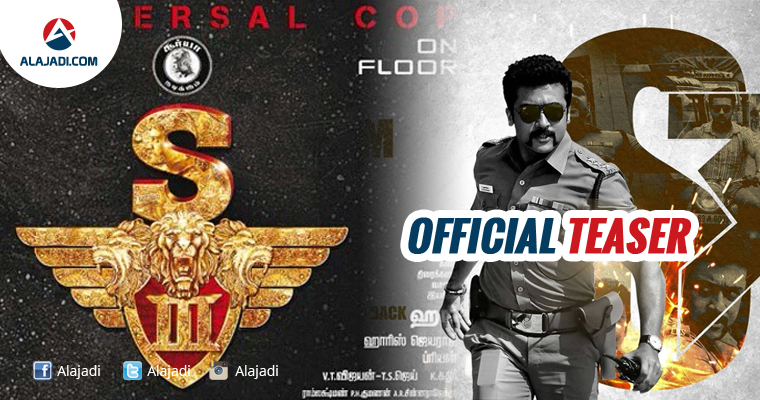 Touted to be an action packed cop drama, the film is all set to hit theaters on December 16. The film also features Anushka Shetty and Shruti Haasan in lead roles. Ace TV actor Anup Thakur Singh will be seen as baddie in this film. Suriya is absolutely amazing in cop avatar as same as in the previous two series. The teaser is brilliant because it has given Suriya hardcore fans plenty to be excited about without giving away anything about the story.

The 1.23-minute clip revolves around Suriya. Without giving a hint about the story line, the clip impresses viewers with his power-packed dialogues and action sequences. After the successful launch of the teaser, the makers will unveil the audio by the end of this month followed by the trailer release. The dates of audio and trailer releases are yet to be revealed.