Vidya Balan is back. As Durga Rani Singh, the protagonist of Kahaani 2, which is not a sequel to the first part, but a stand-alone second instalment of a series that director Sujoy Ghosh is interested in fashioning. The first Kahaani had Balan play a heavily pregnant woman in search of a missing husband. It was set in Kolkata, and that was a win. Sated with the too-familiar by-ways of Dilli-Mumbai, Kolkata was refreshing. 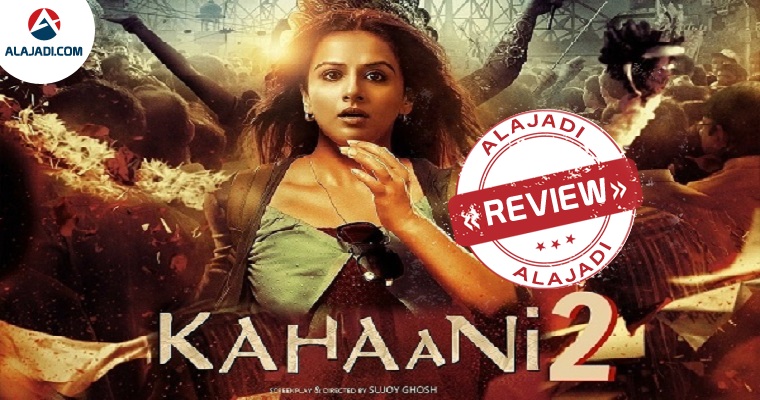 Vidya Sinha (Vidya Balan) and her daughter Mini live peacefully in the sleepy town of Chandan Nagore. Vidya’s life revolves around Mini. Her greatest joys are the little things she does with her daughter like playing little games, going for walks, cleaning the house together etc. However, life has other plans; as Mini is kidnapped and while trying to locate her daughter, Vidya meets with a terrible accident landing her in a state of coma at the hospital. When Inspector Inderjeet Singh (Arjun Rampal) arrives at the hospital in a response to the hit and run case, little does he expect the turn of events. As he investigates, he discovers that Vidya Sinha may not be all she appears.

There is a dark past, which is linking her to Durga Rani Singh- a 36-year-old WANTED criminal on the run for Kidnapping and Murder. What follows is an edge of the seat suspense drama where Vidya who lies in a state of coma is running against time to save her daughter and Inderjeet tries to solve the case of Vidya Sinha’s mysterious past. The stunning narrative infusing more mystery and more drama in audience’s wits is what Sujoy Ghosh is known for. He managed to leave his audience in the state of guessing with Kahaani 2 as well.

Vidya Balan’s performance is top notch as usual but it’s Arjun Rampal’s realistic portrayal of a cop that hooked me. This one lacks jolts, ability to go beyond the obvious and offers a denouement that is not exactly satisfying. But it’s watchable because it holds your attention throughout and keeps you hopeful about an unannounced turn of events that may spring out of thin air any moment.

Vidya Balan: Vidya Balan plays a double role and she has done justice to both of them. Her stellar performance is the highlight of Kahaani 2.

Arjun Rampal: Arjun Rampal has also performed well and his performance is another attraction of the film.

The highlights of the film come from the performances of Vidya Balan and the little girl Minnie played by Naisha Khanna. Arjun Rampal is as good as ever and the villains of the movie did a decent job. The BGM and songs are intense. The screenplay is water tight. Watch out for the first 20 minutes of the film and the final twist that puts the whole movie into a single perspective. The dialogue writing is mysterious and interesting.