Vehicles Registration Codes for New Telangana State Districts. Governments of Telangana have announced the new registration of vehicles number plates. The TS govt have earlier issued the notification in changing of number plate after the bifurcation of state 2 years back. Vehicles Registration Codes for New TS Districts have once again proposed by the relevant board. With the formation of new districts Telangana Transport Department have initiated the works to issue new codes for all the vehicles as per the allotted order. Earlier the government has imposed the strict rule to change their vehicle plate numbers from AP to TS due to the separation from its original state. Telangana Vehicles Registration To Change Again is worried by most of the people but there is something better news about the process. There is no change in the existing districts codes. Only the newly formed districts have the necessarily for purpose of changing the registration number which has been provided by the government. 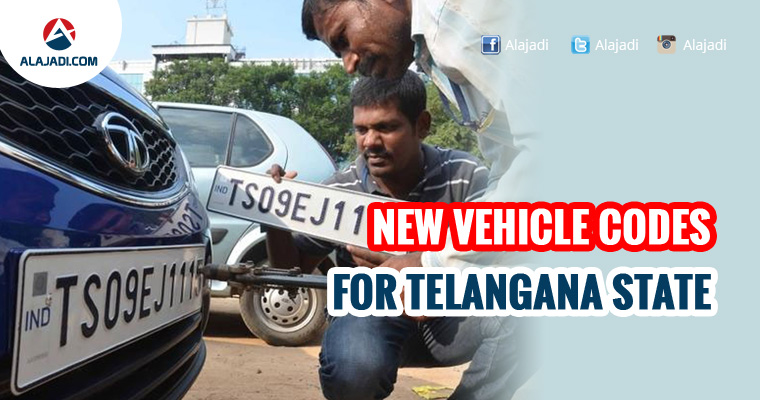 As of now, Telangana have 16 Vehicle Registration Codes. Out of them six (9 to 14) has been allotted to Hyderabad district. New Districts were allotted Codes between 17 and 33. Designation of codes for new Districts will be assigned from North to South and the changes will be applicable to only new vehicles. Komaram Bheem, the new District carved out of Adilabad, gets 17 as vehicle registration code. TRS Government might official announce the new codes only after the new districts were carved out.