Trains Automatically Slow Down While Crossing The Temple

In India there are many places and temples which tell the different stories of miracles. You have definitely heard about the news of idol of Ganesha drinking milk or about a city where no house has doors. In this article, we are going to tell you about a temple where speed of train automatically slows down when it reaches near to this temple. Believe it or not, it all depends on you but this thing actually happens and people of this place have witnessed this incident several times. 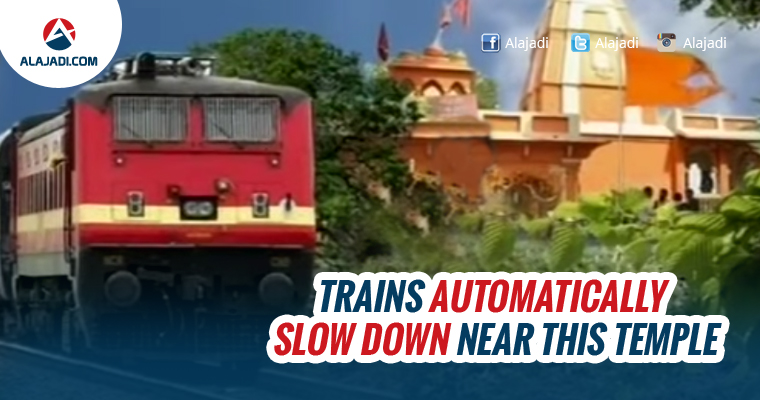 This temple is of Lord Hanuman located in Bolayi village of Shajapur district of Madhya Pradesh. The name of this temple is ‘Shree Sidhveer Khedapati Hanuman Mandir’. This temple is 600 years old and since then beliefs of local people on this temple has never changed and people from all over the country visit this temple for the prayer. In this temple idol of lord Ganesha is placed on the left side of Hanuman’s idol. People of this believe village believes having two idol and same place is making this idol pure and lucky and they also believe that this idol of Hanuman also fulfills wishes of people.

People say that the idol of Hanuman predicts future of people. It shows the future of a person who visit this temple. There are many miracles that happened in this place and it is the thing which is making the belief of people more strong. Out all the miracles, the biggest miracle of this temple is that, when a train passes through this temple then it automatically slows down when it reaches near to the temple. Now, you must be wondering that how can a train slow down automatically when it is running on full speed. The priest of this temple said, that the loco pilot of the train said that it feels like someone is telling us to slower down the speed of train when we are reaching near the temple. But if we ignore it, then the speed of train slows down automatically.

The priest shared a weird experience, he said that few days back two goods train collided on the tracks. Later on the loco pilots of both the trains were asked about happening of this accident then they both said that got intuition about this misshapen. Before the collision of these train, they heard someone asking to slower down the speed of train but they ignored the voice and didn’t slow down the speed and then what happened is everyone knows.