If media reports are anything to go by, the granddaughter of a top industrialist is in talks with the family of Baahubali star Prabhas marriage alliance. Apparently, Bhupathi Raju, chairman of Raasi Cements, is holding talks with Prabhas family and if all goes well, wedding bells would be ringing at Prabhas house. However, there is no official confirmation from the family members of both families. 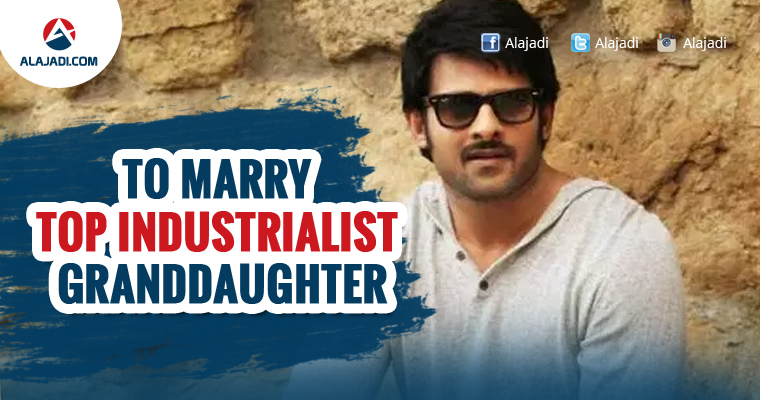 However, a report in Bollywood Life has rubbished this rumour by quoting an insider from the actor’s family and said that Prabhas’s only focus right now is his upcoming action drama Saaho. So, he will not be getting married anytime soon!

This rumour came in the backdrop of the media-fuelled speculations of a link-up between Prabhas and his Baahubali co-star Anushka Shetty. While they both have romanced each other in several movies in the past, following Baahubali 2, everyone seemingly wants them to become a real couple. Krishnam Raju had given an indication that Prabhas will be marrying by the end of 2017. Whereas, A Popular Astrologer predicts marriage would happen only in March 2018.

Earlier, the media reports suggested that Prabhas has refused about 6,000 marriage proposals as he wanted to just focus on Baahubali. Do you know, Prabhas gets annoyed by questions related to his marriage? Anyway, he will return from the US soon and start shooting for his film Saaho in June. The majority of the shooting will reportedly take place in Mumbai. The Sujeeth Reddy’s directorial will release in Telugu, Tamil and Hindi next year.