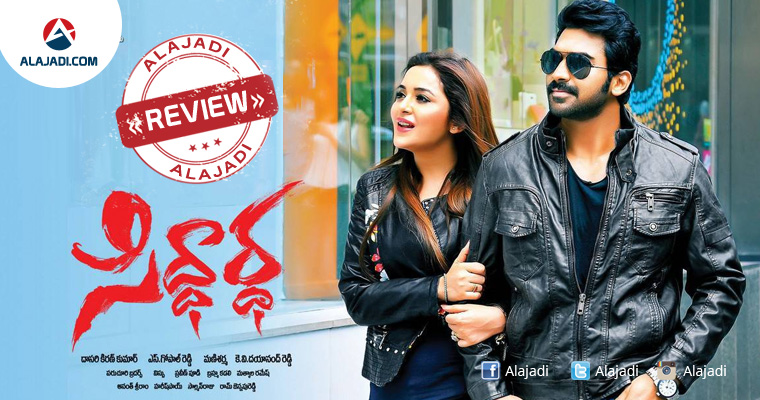 TV star turned hero, Sagar is makes his appearance as a full-fledged hero in today’s release Siddhartha. The film is produced by Dasari Kiran Kumar and lets’s now see how it turns out to be. Sagar is acted as hero in this film. Sagar is a well-known actor for Telugu audience. The actor played a lead role in Mogali Rekulu serial.

This is a complete romantic action entertainer from the director.  In this Sagar played the role of ‘Sagar’ whose raging violence is met with the innocent love of a girl, which lets him transform into ‘Siddartha’. Actress Ragini and Sakshi Chowdary are playing female lead roles in this film. The hero Sagar forgets his identity in an incident later he receives his name as Siddhartha. After that story takes some interesting twists and turns. The story revolves around the suspense. Rest all forms the crux of the story.

Siddartha is a youthful action entertainer. The movie has got a wonderful love story. Director Dayanand has handled the story very well. The production values of the movie were good. The dialogues in the movie were notable. Especially the love scenes between the leads came out so well.

Sagar: He has given an extraordinary performance.

Ragini & Sakshi Chowdary: They have done justice to her roles.

The producer Dasari Kiran Kumar for his superb production values. All the money he has spent shows on screen. The decent camera work helps to showcase these superb locations nicely. Music is just about okay but the background score is good.