Renowned singer and dubbing artist sunitha Upadrashta has been entertaining the audience for the past 15 years and now she has achieved a rare feat by completing 750 films. Apart from singing, Sunitha has lent her voice for these many films till now in her entire career. Interestingly, she completed her 750th film as a dubbing artist with the Balakrishna starrer Gautamiputra Satakarni, directed by Krish. The singer gave her voice for the role of Vasisiti Devi, which was played by gorgeous Shriya Saran. 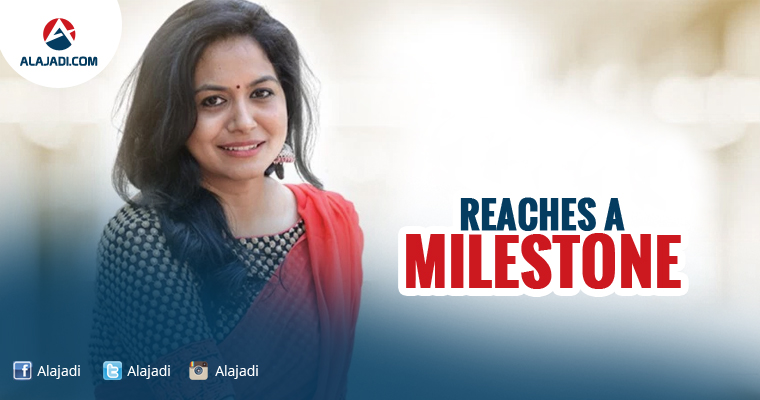 She burst into Tollywood scene with the hit number Ee Velalo Neevu Emi Chestu Untavo from Gulabi. Since then she has crooned hundreds of songs in many movies. She also dubbed her voice for several actresses from Soundarya to Shriya. So, Sunitha too has achieved landmark in her career as Balakrishna did with this film.

She feel fortunate to be part of the movie that is milestone in Nandamuri Balakrishna’s career. Since the release of the movie, I have been getting lot of calls from friends and fans appreciating my work. I have given my voice to Shriya’s role. This is my 750th movie, Sunitha thanked director Krish for giving her this opportunity.

Krish has sculpted the movie beautifully and Shriya gave splendid performance which gave inspiration to lend the voice in such way, she added. She also thanked all the technicians, cast and crew who made her journey successful and made her to complete 750 movies. She was best known for dubbing with movies like Jayam, Happy Days, Chudalani Undi, Anand, Godavari, Manam etc.,