Infosys’ Sudha Murthy sworn in as member of TTD

Infosys Foundation chairperson Sudha Narayana Murthy will be sworn in as a member of the Tirumala Tirupati Devasthanam’s trust board which governs the famous Lord Venkateswara temple here on Sunday, a senior temple official said on Saturday. Sudha Narayana Murthy, writer and philanthropist, was appointed by the Andhra Pradesh government in the place of industrialist J. Sekhar Reddy who was sacked from TTD Board following detection of huge amounts of cash and gold from his premises by the Income Tax Department during raids in Chennai and other places in December, TTD PRO Talari Ravi said. 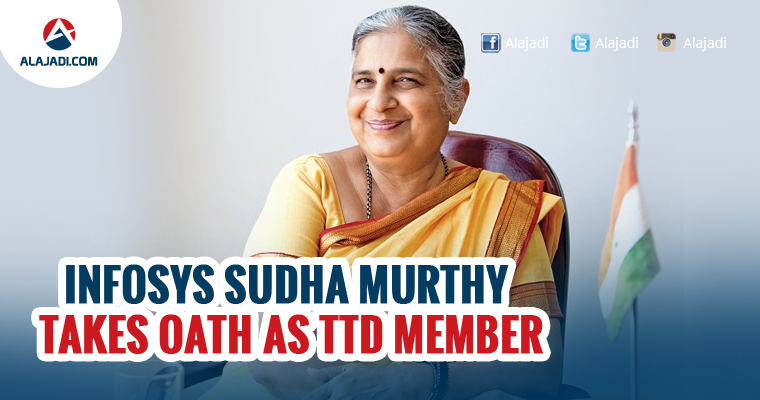 On February 8, the Andhra government had issued a GO (government order) confirming the appointment under the AP Charitable and Hindu Religious Institutions and Endowments Act, 1987. The IT officials had reportedly seized Rs 130 crore including Rs 70 crore in new currency notes of Rs 2,000 and over 100 kg of gold from the premises of Sekhar Reddy and his two associates in Chennai during three days of search operations.

Sudha Murthy who is a Masters in Electrical Engineering from Indian Institute of Science, Bangalore, is a trustee of the Infosys Foundation USA. She was previously an engineer with TELCO, which is now known as Tata Motors. Sudha Murthy has written several books in Kannada and English, which have been translated into all major Indian languages. She is also a recipient of the Padma Shri, awarded by the Indian government.