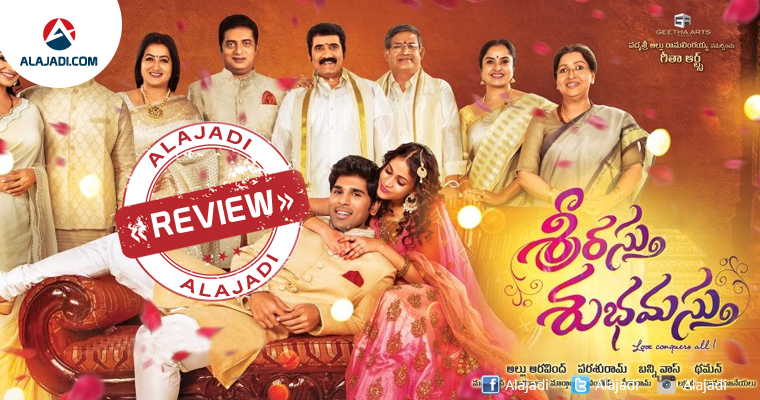 Allu Sirish’s 3rd film as a hero titled ‘Srirastu Subhamastu’ is all set and hit screens on August 5. Here is what audience can look out from the movie. The movie has cleared the censor formalities and awarded with U/A certificate. In the movie Srirastu Subhamastu, Allu Sirish is seen as Karthik. Lavanya Tripathi is seen as Anu.The classy title itself generates positive vibes. Family audiences and youth are expected to be the target.

Allu Sirish and Lavanya Tripati falls in love and when they were challenged in getting married by their parents, how they faced problems and finally got married is the story of the film. The movie story rotates around a couple with different characters . It is about a boy’s effort of making his love successful. There are several angles to this film. The movie also has good comedy and family emotion.

The movie has rich production values and music, and its cinematography and costume designs have also impressed the audience. This movie may not give Allu Sirish a break but will make him nearer to family crowd to some extent !

Allu Sirish: He delivered decent performance compared with his previous movies. His performance is one of the highlights in “Srirastu Subhamastu.

Lavanya Tripati: She justice to her role comes up with a fine act.

Prakash Raj has a small role but it is very important to the overall proceedings. In the few scenes, he has, he makes his presence felt. Rao Ramesh has typical father characterization which gets normal with his routine act. Tanikella Bharani is alright. It is in the comedy department the film shines, Prabhas Sreenu and Ali-Subbaraju comedy track works out well.

The impressive trailers and good looking posters have given a decent hype for the film and the unit is quite confident of its success. Music by SS Thaman is good and adds value to the film. There are only three songs, though. Let’s see if the film will give Sirish a much needed break !