Superstar Rajinikanth’s younger daughter Soundarya Rajinikanth, who has parted ways with her former husband Ashwin for over seven months, has got divorce officially today. With this, Soundarya’s 7-yr-old marriage has come to an end on Tuesday. Chennai family court has formally approved the divorce and passed the orders for the judicial separation. Soundarya and Ashwin filed for divorce by mutual consent on grounds of difference of opinion but the terms of their separation and details about the custody of the four-year-old son Ved are unknown. Their lawyers said that Soundarya and Ashwin had been living separately for about seven months now and “their misunderstanding over various issues reached a point of no return earlier than that. 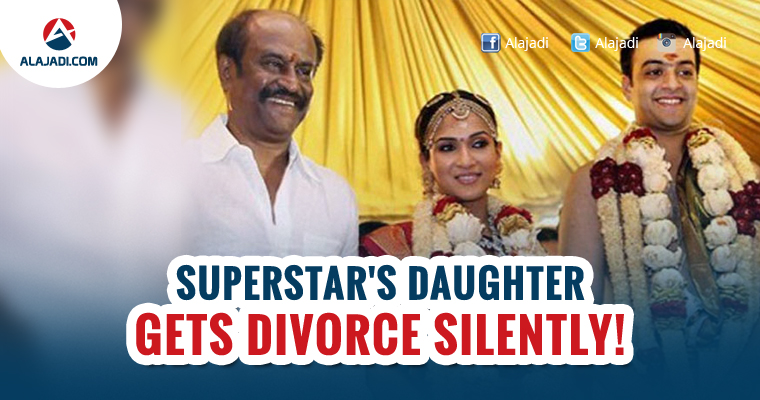 Soundarya married to businessman Ashwin on September 3, 2010. Neither the custody of the child nor the visiting rights of parents on child are revealed. While the exact reasons of separation were not revealed, it’s said that misunderstandings of the couple over various issues resulted in the breakup of their wedding.

When initially a few reports of couple’s troubled married life came out, both have denied. However, after several months, both opened about it and opened up about their separation. Apparently, Soundarya was always ‘keen’ on having her name as Soundarya Rajinikanth more than Soundarya R.Ashwin that reportedly led to the debate. Irrespective of the reasons, finally the couple has now formally separated. That’s a sad news for sure.