Shraddha Will Play The Female Lead In Saaho

After much speculation about the lead actress in Saaho starring Prabhas, Bollywood actress Shraddha is finally confirmed to play the leading lady in the film. It was earlier being speculated that Anushka Shetty will play the leading lady in Saaho but latest reports in the media have now confirmed that Shraddha Kapor has been confirmed as the actress who Prabhas will romance in Saaho. The cracking chemistry between Anushka Shetty and Prabhas in Baahubali was expected to be repeated in Saaho but that might not happen now. 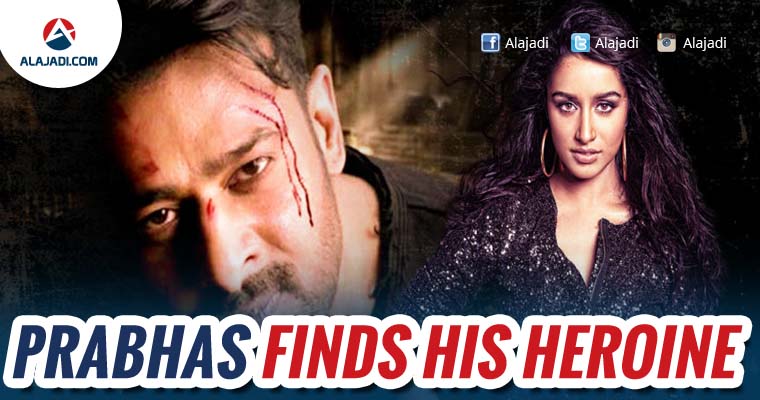 According to report in a leading daily, producer of Saaho has confirmed the news and said, “Shraddha is the perfect choice for the role. We are excited to have her on board with us. Saaho is Prabhas’s first film in Hindi and so it is very special for all of us. It is an ambitious project and will have some really high-octane action scenes.” Saaho will have Prabhas don a stylish new avatar, a glimpse of which was shown in the teaser that was released along with Baahubali: The Conclusion early this year.

Earlier, it was reported that the producers of Saaho were in talks with Shraddha Kapoor to play the leading lady in the film, which were not confirmed yet. Saaho is being directed by Sujeeth who earlier directed Run Raja Run with Sharwanand in the lead role and the film is being produced by UV Creations. Saaho will have Bollywood actor Neil Nithin Mukesh playing the antagonist. Saaho will be made in Hindi as well making it Prabhas’ first straight Bollywood film. The Bollywood debut of Prabhas has been one of the most anticipated topics for the audience. Saaho will mark the Hindi debut of the Baahubali star. Prabhas will start shooting for the film during mid-August. The shooting of the film is going to take place in Abu Dhabi, Romania, and Ramoji Film City, Hyderabad.