SBI to levy after five cash transactions from ATM

It has been barely a day that HDFC and Axis banks unveiled their new norms and regulations on cash withdrawals and transactions. Quite surprisingly HDFC has issued some high quotient penalties to process transactions after the fifth one and Axis bank did something similar.

Meanwhile here is the most annoying thing, the country’s leading public bank “the customers will be charged Rs 10 after five transactions are completed,  if they are withdrawing cash with the same bank ATM. However, if customers are withdrawing money from non-SBI ATM they will have to pay Rs 10 after three transactions. The charges will be effective from April 01, 2017″, comparatively better than HDFC and other big heads. This introduction of surcharges is, however, considerable. 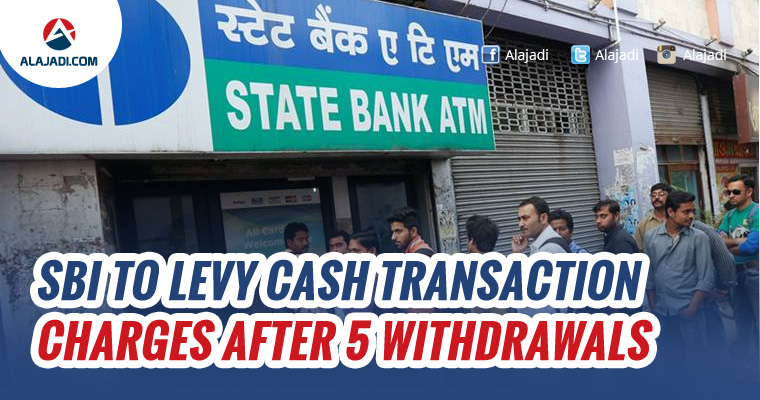 On the other side, the country’s private banks stated that their idea of charging Rs 150 on savings and salary accounts after the four transactions will be implemented from March 1st, 2017, which is already done. For the customers withdrawing money from the home branch, there is a limit of Rs 2 lakh per month per account, which is also known as an upper limit. Above that, the bank charges Rs 5 per thousand, subject to a minimum of Rs 150 (plus taxes and cess) will be applicable, HDFC Bank said in a statement.