Actor Sharwanand starrer upcoming movie ‘Sathamanam Bhavathi’ is progressing at brisk pace in the outskirts of Rajamahendravaram under the direction of Vegesna Satish and it is bankrolled by Dil Raju under the banner of Sri Venkateshwara Creations Banner. Actress Anupama Parameshwaran is playing the female lead role whereas Prakash Raj and Jayasudha in key roles. 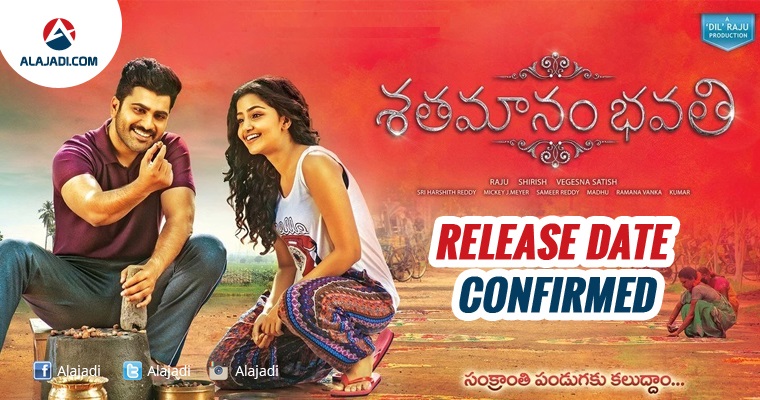 Sathamanam Bhavathi gets a release date. The movie will be releasing during the festive season of Sankranthi in January. Mickey J. Meyer is scoring music for the film and Sameer Reddy is handling the cinematography. Currently, the shoot is progressing at a brisk pace in the outskirts of Rajamahendravaram. The latest update suggests that the audio release date and movie release date have been confirmed.

Shathamanam Bhavathi is touted to be village family entertainer, the movie will be high on family relations. The film is Ready to Compete with Megastar’s Khaidi No 150 and Balakrishna’s Gautamiputra Satakarni this Sankranti.