While the first look poster of Nag Ashwin’s upcoming film, a biopic on Mahanati Savithri has impressed the audience, it is still unclear as to what roles are the two leading ladies Keerthy Suresh and Samantha Ruth Prabhu are roped in for. Nag Ashwin of Yevade Subramanyam fame took up the challenge to direct the biopic of Savitri, ‘Mahanati’. Keerthy Suresh is essaying the role of Savitri in this much-awaited flick. People were confident that she would do complete justice to the character after watching films such as Nenu Sailaja, Remo and Nenu Local. 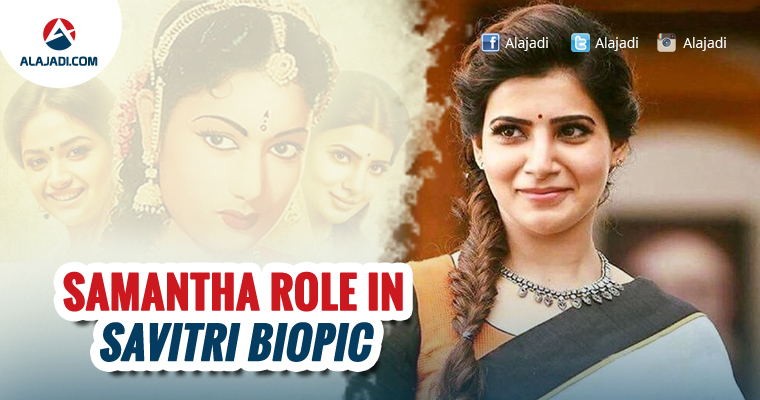 Samantha is being signed to reprise a crucial character in ‘Mahanati’. Nag Ashwin designed the look of Sam by taking inspiration from female journalists in the 80’s. Sources close to the unit say, Samantha will appear as a Journalist who does a research on the life of Savithri. Even the narration will be from this Journalist’s point of view. Vyjayanthi Movies is bankrolling Mahanati. Mickey J Meyer scores Music. The movie will soon go on floors. Theatrical release will be in the second half of 2017.