Sachin Tendulkar has made many records on the cricket field during his 24-year international career which ended in November 2013. The Master Blaster has also shown his penchant for driving luxury cars and is known to have tried his hand at cooking too. Now, Tendulkar has made a debut of new kind by singing a cricket song with famous Bollywood singer Sonu Nigam. 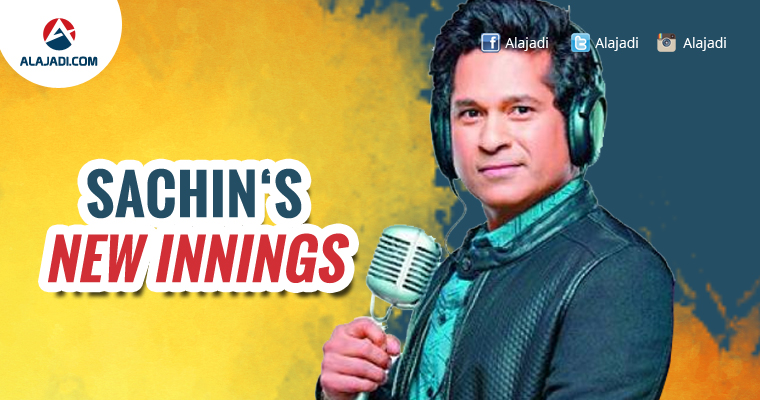 In view of promoting his officially launched digital platform application ‘100MB’, Master Blaster has rendered his voice for the song titled ‘Sachin’s Cricketwali Beat’. The song, composed by Shamir Tandon, features the collaboration of Sachin and the exceptional Bollywood playback singer Sonu Nigam.

Four years later he returns on the scene, this time the bat in his hand is replaced by mic and instead of Virender Sehwag, he has legendary singer Sonu Nigam for the company. The song released couple of days back i.e., 2nd April, which marks the sixth anniversary of India’s World Cup win in 2011. So, Sachin mentioned about every single player he played his world cups with. Tendulkar admitted he is shy by nature and it took a lot of convincing by his wife, his friends and business partners to get him to sing. Although I am fond of music I never thought I will sing. They all ganged up and finally got me to sing. Sonu made me comfortable in the studio and told me to take the first strike. I have thanked all the cricketers with whom I have played in the six World Cups, said Tendulkar.