Stylish Star Allu Arjun is currently busy with the shoot of his forthcoming movie Duvvada Jagannatham. All of us were initially surprised to see Allu Arjun in a proper Brahmin get up in the Duvvada Jagannadham Teaser. But after looking at the recently released poster with the release date on it, we were in a state of surprise to see him in a completely different look. The film is scheduled to hit the screens on June 23rd. the film stars Set Pooja Hegde opposite Allu Arjun. 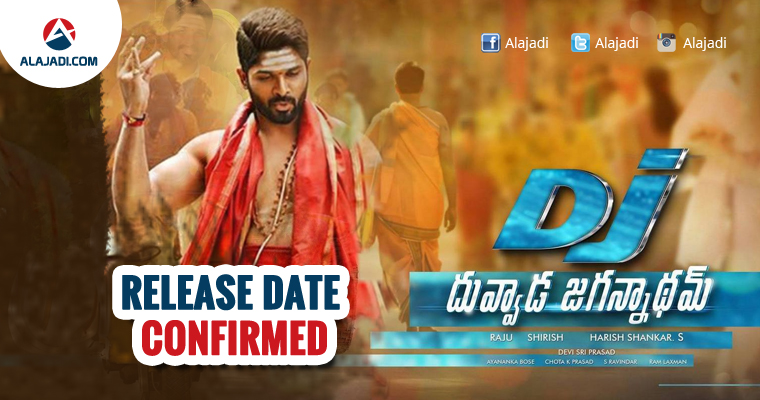 While the movie is yet to be wrapped, Allu Arjun has already signed up his next with popular writer VakkanthamVamsi who is all set to make his debut into direction. Even before the movie goes on floors, the director seems to have set a date on the release and has scheduled it for a Sankranthi release in 2018.

DJ are planning to release the first single from this film on May 6th and details regarding the same will be announced very soon. They say, Rock Star DSP’s music and mind-blowing Allu Arjun’s dance is surely going to make this track very special. The movie will have Bollywood music directors Vishal and Sekhar, while Rajiv Ravi is providing the cinematography. It is also heard that Allu Arjun would portray an Army officer in the movie and the actor would begin shoot immediately for his next in the direction of VakkanthamVamsi in June.