Rana and Navadeep To Host Khaidi No 150 Event 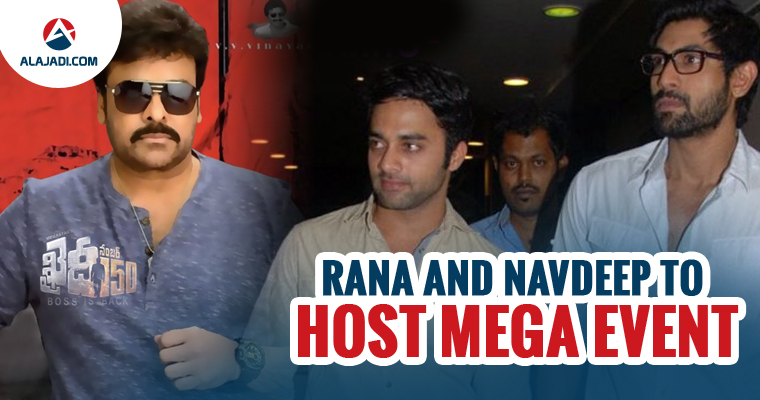 Stalwarts from Telugu cinema industry and all the mega heroes are going to attend this event. Well, the pre-release event will be hosted by actor Navdeep and Baahubali star Rana Daggubati accompanied by anchor Suma. Rana and Navdeep happen to be Ram Charan’s close friends, and moreover, only a fool would turn down an opportunity of not being a part of a megastar’s event.

No sooner did Ram Charan wrap up his film Dhruva, than he started working for his dad’s film Khaidi No. 150. Ram Charan is producing the film along with Surekha Konidela and A. Subashkaran under Konidela Production Company. Ram Charan alongside working for the pre-release event, is also working on the publication of Chiranjeevi’s 150 films.

Audio of Khaidi No. 150 was supposed to be launched directly into the market on December 25. But the audio launch was postponed for unexplained reasons. Meanwhile, both the songs that were released on YouTube have turned out to be massive hits.

The film which is said to be a remake of the Tamil superhit film Kaththi, is directed by V.V. Vinayak. The release date of a megastar movie is celebrated no less than a festival. Kajal Agarwral is playing a female lead role opposite to Chiranjeevi in this movie. When a Chiranjeevi film releases, all his fans dance and shout out their lungs outside the cinema hall with joy. This time the craze is anticipated to be even higher as the megastar is making a comeback to the silver screen after 9 long years.