Rajinikanth’s 2.0 first look to be out on November 20

The first look of director Shankar’s magnum opus “2.0,” with superstar Rajinikanth in the lead, will be launched live across the world. A grand function is planned for this event. The thing that adds more attraction to the first look launch is that the function would be hosted by Karan Johar, the producer who produced “Baahubali: The Beginning,” in Hindi and will also produce the sequel of it in Hindi. He is anyways known for his entertaining hosting skills, so it will really be exciting to see the witty man, taking on the lead in this big event. 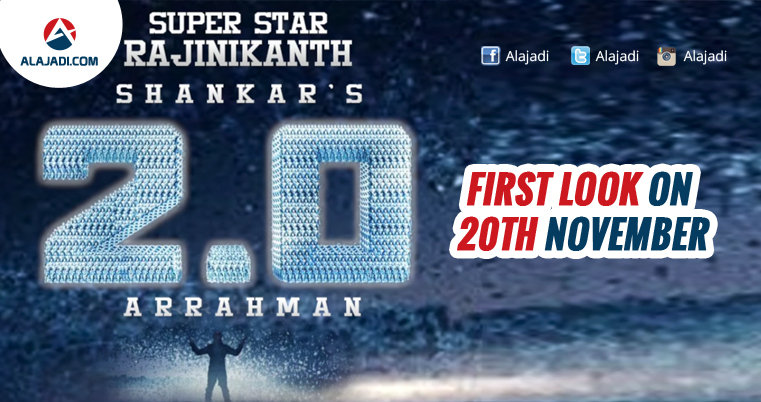 The first look of the much-anticipated Tamil science-fiction thriller 2.o, a sequel to 2010 blockbuster Enthiran, will be released on November 20, a source said. The makers are planning a grand event on November 20 to unveil the first look of the film. Directed by Shankar, the film also stars Akshay Kumar as the antagonist, apart from Amy Jackson, Sudhanshu Pandey and Adil Hussain. 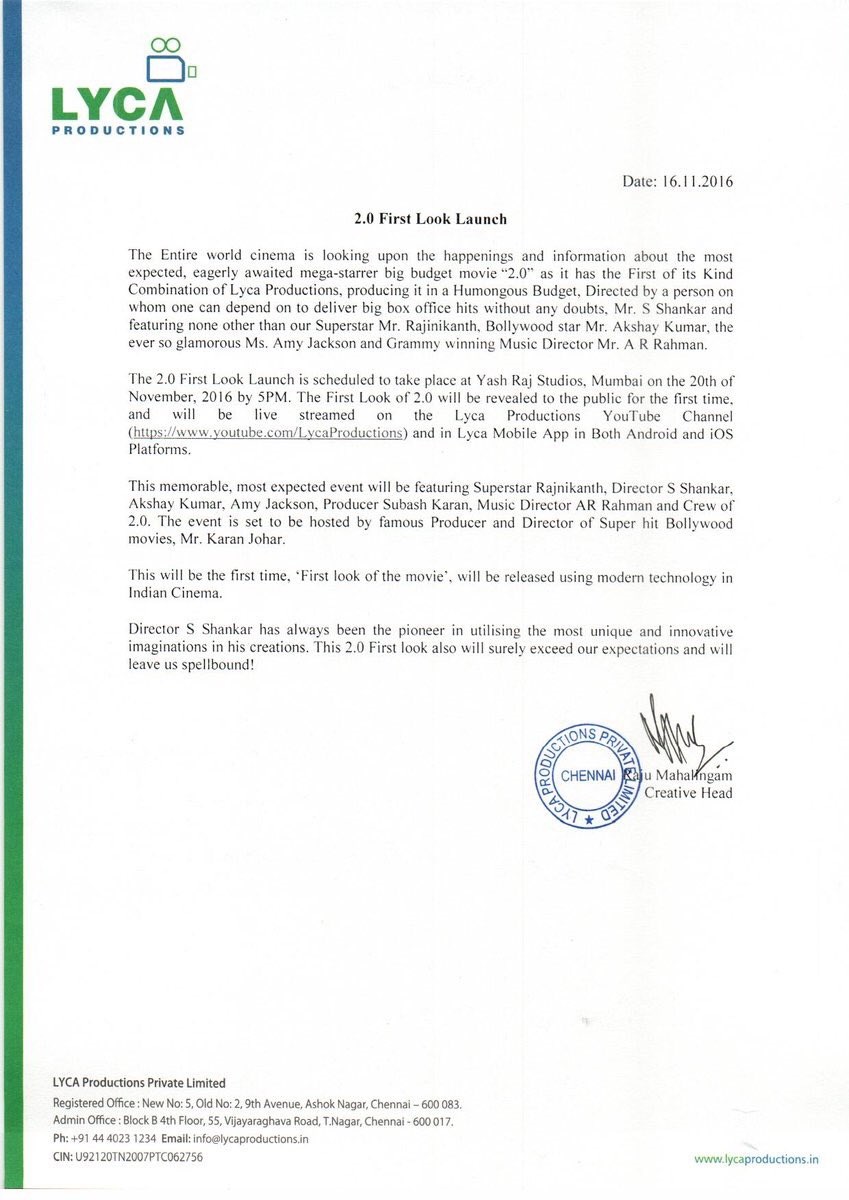 The film is produced by Subaskaran Allirajah, founder of London-based Lyca Productions. The makers are not compromising on budget of the film, They producing the film with a huge budget of Rs 350 Crores.As per reports, The team has completed two-thirds of the film shooting in 150 days. The film is being produced simultaneously in three languages Hindi, Tamil, and Telugu.

The makers are planning a grand event on November 20 to unveil the first look of the ‘2.0’ and The teaser will be released on Sankranthi festival next year.The film is slated to release in October 2017.