Delhi beauty Raashi Khanna made a huge impression among the Telugu film lovers with her debut film ‘Oohalu Gudagusalade’. Entry into Mega camp is not that easy for a budding heroine. But once the entry is confirmed, she is going to have a rocking career for sure. 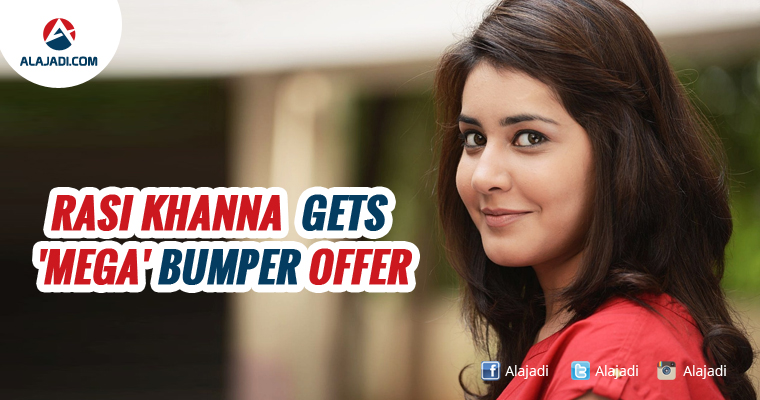 Latest news is that, Raashi Khanna bagged a plum offer to act beside Ram Charan Tej now. Mythri Movie Makers will produce this film and regular shooting of this untitled film will starts once Charan is through the shooting formalities of Dhruva. Sukumar is giving finishing touches to the script at present.

This Film Story Plot is Based on complete village drama, Sukumar is out looking for a girl who will suit this setup. The pre-production of the film has been completed and last-minute formalities are being completed. Raashi Khanna will be seen as village belle in the film, as story is set in rural backdrop. In fact, this will be first time, Charan, Raashi and Sukumar will be working together for a film.

An official confirmation is yet to be received in this regards.