Indian shuttler and silver medalist PV Sindhu on Wednesday takes charges as the deputy collector in the Andhra Pradesh administration. Sindhu, who had been handed over the letter of appointment on July 27, today reported to the chief commissioner of land administration Anil Chandra Punetha here and assumed her new role as a Group-1 service officer. 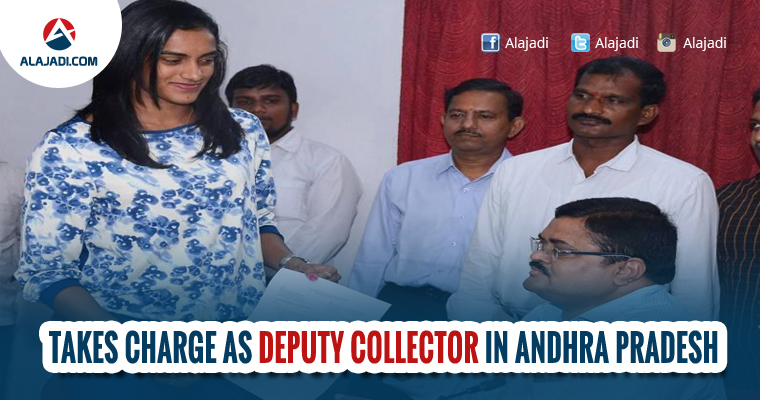 Shuttler Sindhu on 27th July handed over the letter of appointment, on Wednesday reported to the chief commissioner of land administration Anil Chandra Punetha and presumed as a Group-1 service officer. For training she was posted to Krishna district. On Wednesday evening PV Sindhu met district collector B Lakshmi Kantham and reported for duty. Officials further conveyed that the administration might waive the two-year training period for Sindhu as she was enthusiastic in focusing on her career.

Stating happiness on her appointment, she conveyed that her first preference would be to carry on playing badminton. Shuttler further added on the day she was handed over the appointment order that, my focus will be on the sport first. And also she thanked to chief minister for the job. Now that Sindhu has joined the revenue service in Andhra Pradesh government, probability is that she might get inducted into the Indian Administrative Service seven or eight years down the line.