The eight edition of ICC Champions Trophy concluded on June 18, with Pakistan securing a victory over arch-rivals India to secure their maiden title and earning themselves a handsome amount of prize money. The young Pakistani players who played in the ICC Champions Trophy for the first time and won the title have become instant millionaires after a string of cash and other rewards announced on Tuesday. 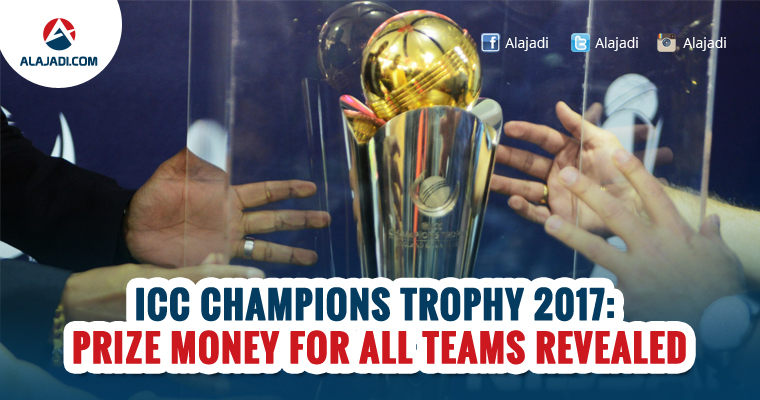 Virat Kohli and Co. got a prize money of Rs. 7 crore (USD 1.1 million) for finishing second best in the tournament.

Eoin Morgan and Mashrafe Mortaza’s sides got Rs. 3 crore each (USD 0.45 million) for finishing in the top 4.

The International Cricket Council (ICC) had hiked the prize money for the 2017 Champions Trophy by $ 500,000.

This edition tournament saw an increase of $ 500,000 in prize money from the 2013 edition, which too was played at the three venues being used this time Cardiff Wales Stadium, Edgbaston and The Oval.

The upcoming ICC Champions Trophy in England and Wales from 1-18 June carries a total prize money of $ 4.5 million with the winner of the eight-team tournament taking home a cheque of $ 2.2 million, the ICC had announced before the start of the tournament.