Baahubali Actor Prabhas Next Movie Which Titled as Saaho Directed by Sujeeth. Film Makers Planned to Release Saaho Movie Teaser on 28th April. Unfortunately, Saaho teaser made its way into social media few hours back. Yes, Saaho teaser is leaked. While no one knows from where the teaser is leaked but the 45 seconds teaser showed a stylish Prabhas in action, blood drenched look spelling only one dialogue‘This Is Showtime.’ 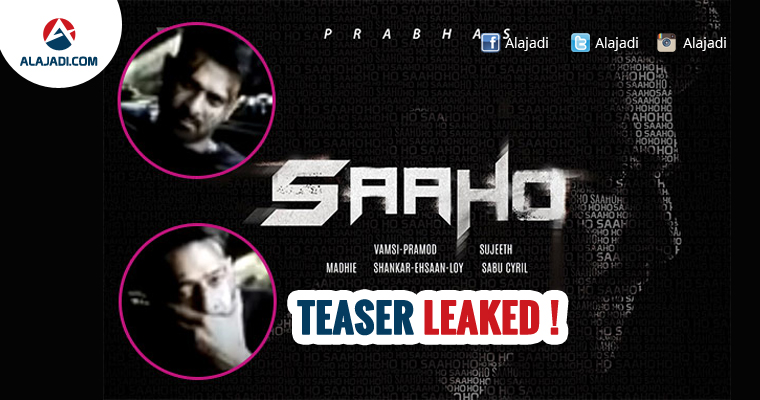 The 45 second long teaser showcases Prabhas in a stylish look revealing some powerful dialogues from the film. The stylish teaser is all set to live up the expectations. Sujeeth is the director and the regular shoot of Saaho is expected to start from May. The teaser has been shot during the Dubai premiere revealed a source. Though Saaho teaser leaked is not of top quality, let’s wait for the same to watch on big screens.

Young Rebelstar Prabhas is back with a stylish teaser of his next titled Saaho which will be attached with Baahubali: The Conclusion in theatres. The teaser which has been planned to be out on April 28th has been leaked online and is trending across the social media. This is the most anticipated films of 2017. It’s all set for a grand release on 28th April across 9000 screens!