Basking in the glory of super success of Duvvada Jagannadham, Pooja Hegde has signed her next Telugu film. She is going to pair up with none other than young and happening hero Bellamkonda Sreenivas in his ongoing film which is yet to be titled. The untitled film is being directed by Sriwass while the high-budget action entertainer is being produced by Abhishek Nama on his banner Abhishek Pictures as production No 4. Even though she acted couple of Telugu movies earlier, she didn’t get this kind of popularity.  Even her Bollywood stint Mohenjo Daro was also a disaster.  But Pooja glamours looks and her energetic dances with Bunny turned the tables for her. 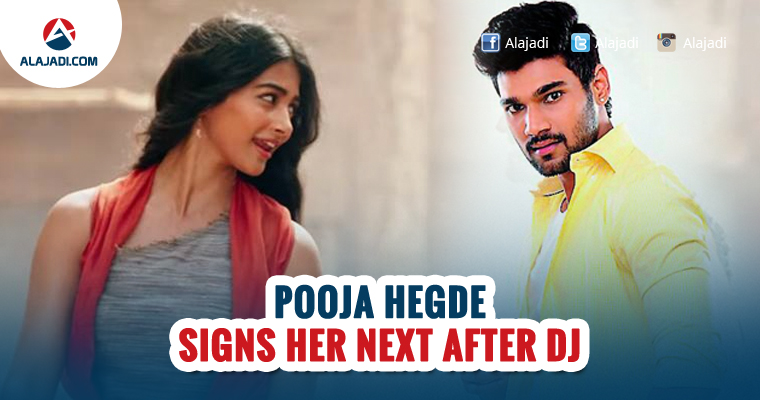 Pooja Hegde is a fabulously talented girl and we were looking for such skill to join Sreenivas on the new flick. This character is a combination of glamour and performance which will surely help her establish a career in Tollywood. After checking out many heroines for this pivotal role, we finally locked Pooja, said director Sriwass. She is demanding Rs one Crore plus service tax as her remuneration to romance with Bellamkonda Sai Sreenivas on the screen.  Everyone is shocked after hearing her remuneration. So let’s wait for the final decision of the producers.

The film’s first schedule which last for 10 days in Ramoji Film City has been wrapped up where director Sriwass has shot some crucial scenes on Bellamkonda Sreenivas. We are happy to welcome Pooja Hegde into our Production No 4 second schedule. She will be playing a pivotal performance and glamour based character written by Sriwass. First schedule is wrapped at RFC, Hyderabad in 10 days where key scenes are shot on Jagapathi Babu and other artists while second schedule will have Sreenivas, Pooja participating, said producer Abhishek Nama.

Like Bellamkonda’s earlier films, this film is also made with a high budget with top class technicians.  Sai Madhav Burra is penning the dialogues.  Devi Sri Prasad is composing music.  Arthur Wilson is handling cinematography. Peter Hein is the Action Choreographer.