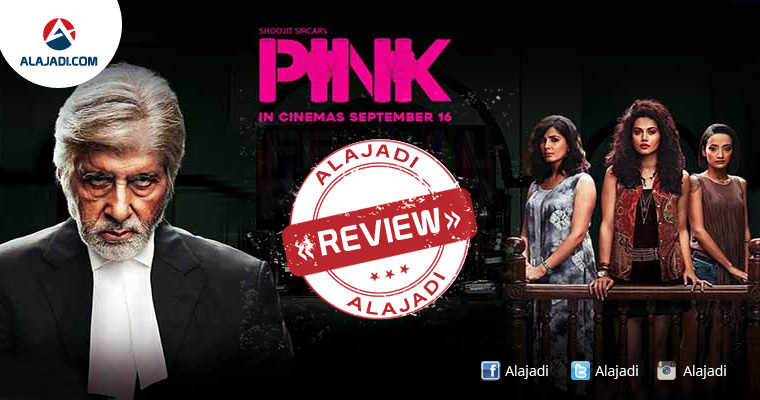 Director Aniruddha Roy Chowdhury’s Bollywood movie “Pink”, starring Amitabh Bachchan, Taapsee Pannu, Kirti Kulhari and Andrea Tariang, has garnered positive reviews from the audience. It is a courtroom drama and the court room scenes in the film are inspired from 1988 Hollywood film “The Accused.” Ritesh Shah has written the story and screenplay for the movie, which is about three girls as working professionals staying together as tenants in a posh South Delhi locality.

This is a film about male privilege, prejudice, sexual violence, and the many systems that support them. Three Delhi girls – Minal (Taapsee), Falak (Kirti) and Andrea (Andrea) – are on the run after one of them escapes a molestation attempt by a pig-headed, powerful guy, Rajveer (Angad). Minal attacks Rajveer with a bottle injuring him grievously. This is just the beginning of their nightmare!

Pink movie is a powerful statement on the existing feudal mindset of a majority of India, where men and women are judged by a different yardstick. And if the man happens to be from a powerful family, then the fight for justice is even more skewed.

Amitabh Bachchan: The performances are pitch-perfect with Bachchan leading the way.

Taapsee Pannu:  She have delivered good performances, which are also highlights of Pink movie.

Supporting artistes Piyush Mishra, Dhritiman Chatterjee, Angad Bedi, Tushar Pandey, Raashul Tandon and Vijay Verma have done justice to their roles and that supports the storyline in a big way.

It has an interesting story and gripping screenplay. Aniruddha Roy successfully manages to hold the attention of the film goers, right from the beginning till the end of the movie. Ritesh Shah’s brilliant script, which makes the film a thriller, is the main highlight of the movie.