With the boom of Paytm in India, the one person who is happy and became a person to buy a plot worth Rs. 82 Crore in posh locality of Golf Links is the Paytm Founder, Vijay Shekar Sharma. Paytm which has become one of the best e-cash application in android smartphones since demonetisation. He signed the agreement to buy the plot in Gold Links which is in Delhi. Paytm founder and CEO Vijay Shekhar Sharma has paid a ‘substantial’ advance and signed an MoU to purchase real estate in one of the country’s most expensive residential areas, Golf Links in Lutyens, New Delhi. The founder of Paytm is planning to build a house on a 6,000 square feet property in Lutyens’ Delhi, which is one of the most expensive residential areas in the country right now. 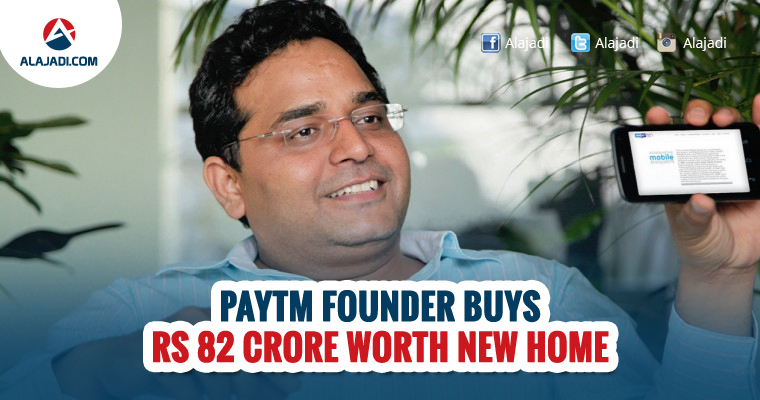 Paytm is currently India’s second most valued internet company after Flipkart. In May, Japan’s Softbank invested USD 1.4 billion in Paytm at a valuation of USD 7 billion. In March, Sharma figured on Forbes’ list of Indian billionaires with a net worth of USD 1.3 billion and was the youngest on the list. He was also included in Time’s ‘100 Most Influential’ list. Sharma’s remarkable rise from humble beginnings in Aligarh got a further boost last November after the government decided to demonetise 86 percent of the currency in circulation. The move pushed millions of Indians to digital payments and as an already established player, Paytm turned out to be a massive beneficiary.

Sharma said that his employees had done “600 days of work in 60 days” in the aftermath of demonetisation, helping Paytm cross 200 million users by March this year. Last month, Paytm also launched its payments bank.