Pawan Kalyan Promised But Yet To Fulfill It

Tollywood senior actor who turned into director is Tanikella Bharani. The actor played crucial role in a recent released telugu film ‘Naruda Donoruda’ which stars Akkineni hero Sumanth appeared in main roles. He got many praises for his performance in the movie. 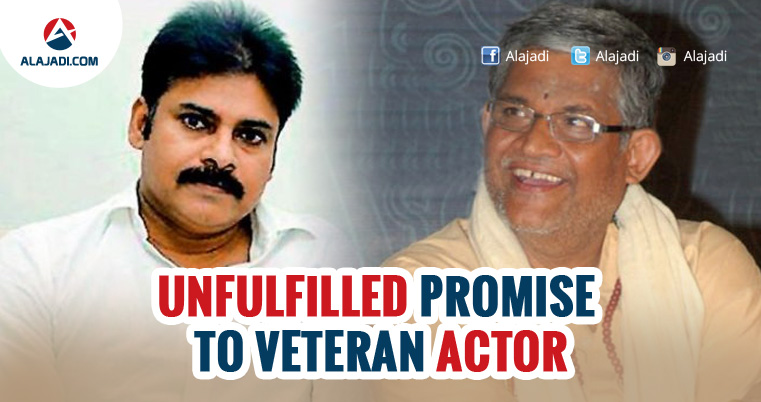 Actor Tanikella Bharani has made his debut directorial venture through the Mithunam flick in 2012 and it is stars S. P. Balasubrahmanyam and Lakshmi in lead roles. As now, he is getting ready to make his second directional venture titled Bhakta Kannappa. He is currently busy to search of the lead actors in the movie.

According to the latest updates, it is revealed by the man himself Tanikella Bharani that Pawan Kalyan had promised to do a role for him when he is ready to direct a film but he is yet to fulfill his promise. Long back Tanikella Bharani presented a devotional cassette to Pawan Kalyan which had songs on lord Shiva penned by him. Listening to the songs Pawan hugged Bharani out of happiness and said songs moved him even though he is not a firm believer in the God. He also promised hi he would play a role of a devotee of lord Shiva of he directs a movie.

However, the veteran actor Tanikella Bharani obliged but actor Power Star Pawan Kalyan never approached him as he is busy with the entry of politics and with set of films. Finally, the mega hero not fulfilled the promise of veteran actor. Subsequently, the actor turned director Tanikella Bharani has recently considered actor Sunil Reddy for his second directional venture but it is never materlised. So now he is planning to rope Manchu Vishnu for this venture.