Ever since the made his beard look salt-n-pepper and started taking up villain roles, there is huge demand for Jagapathi Babu all the way. Cashing on this demand, the former hero now wants to do some hard hitting and performance oriented roles too. In a film titled Patel Sri, Jagapathi will be seen as a 60 year old man who gets to a journey with a 20 year old blind girl. A new director is directing this film. The entire story line revolves around the Old teacher man, a blind and deaf woman. 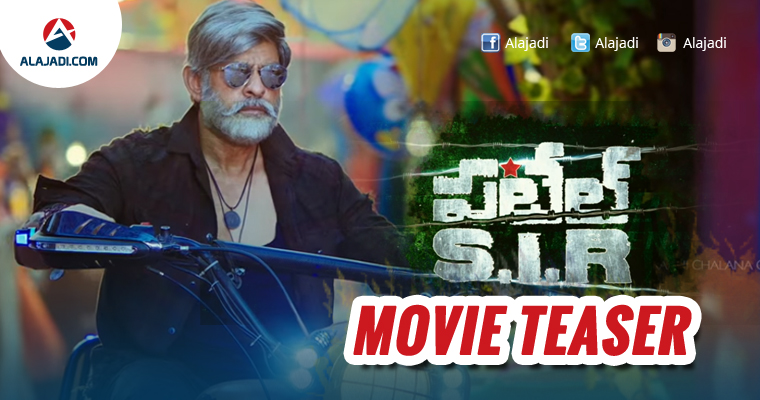 Senior hero Jagapathi Babu upcoming movie is Hindi remake movie Black and this was officially confirmed by the movie authorities. It is an upcoming Telugu film of Versatile actor Jagapathi Babu which is directed by debutant Vasu Parimi and to be bankrolled by Sai Korrapati of familiar banner Vaaraahi Chalana Chithram banner. It is reportedly an intense action thriller project. Patel S.I.R is launched at Sai Korrapati office in the presence of cine celebs MM Keeravani, SS Rajamouli, Kalyan Koduri and others. Actor turned character artist Jagapathi Babu has changed his complete look for this exciting thriller.

As a hero, Jagapathi Babu proved his talent in Tollywood and recently appearing as a Villian for many Telugu movies. It shows the story of on An Old man and blind & deaf woman love story. Now the talk is that he is wearing a character of the old person who is having the age of approximately 60 years works as a Teacher. So in the coming movie, Jagapathi Babu Leading Role was confirmed and all his fans are entirely curious to see his performance. The dubbed version of Black Movie is having the leading roles of Amitabh Bachchan and Rani Mukerji. Sanjay Leela Bhansali occupied the direction department and also took part in production team along with Anshuman Swami.