Women working in the organised sector will now be entitled to paid maternity leave of 26 weeks, up from 12 weeks, as Parliament today passed a bill in this regard that will benefit about 1.8 million women. The new law will apply to all establishments employing 10 or more people and the entitlement will be for only up to first two children. For third child, the entitlement will be for only 12 weeks. 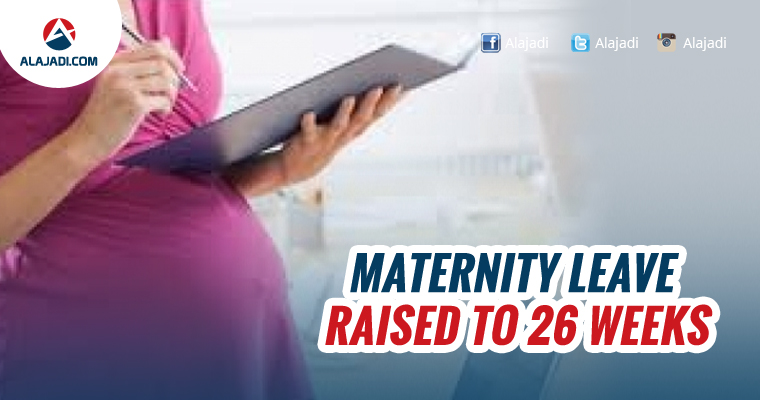 The Maternity Benefit (Amendment) Bill, 2016 was passed by the Lok Sabha today, months after the Rajya Sabha approved the measure that takes India to the third position in terms of the number of weeks for maternity leave after Canada and Norway where it is 50 weeks and 44 weeks, respectively. Piloting amendments to the old law, Labour Minister Bandaru Dattatreya said while framing the rules, he would try to ensure that maximum benefits reach the pregnant women.

This is my humble gift to women, a day after the world celebrated the International Women’s Day, he said after about 4-hour debate during which some members demanded paternity benefits too, arguing that these days most of the children are born in nuclear families where both the father and the mother have to take care of the child. The Maternity Benefit Act, 1961, protects the employment of women during the time of her maternity and entitles her full paid absence from work, to take care for her child.