Your PAN card could be invalid without Aadhaar by December

According to the amendments to the Finance Bill, taxpayers will be required to link their PAN cards with Aadhaar numbers. As you must be aware by now that your Aadhaar card is mandatory for filing income-tax returns from July 1. But now, your Aadhaar will have to be linked to Permanent Account Number or else your PAN will be invalid after December 31. And for those who have not linked their PAN cards to Aadhaar numbers before the deadline will be deemed invalid. All the taxpayers have been told to have a PAN number to file income tax returns and for those who do not come under the tax slab also use the PAN card as the proof of identity. 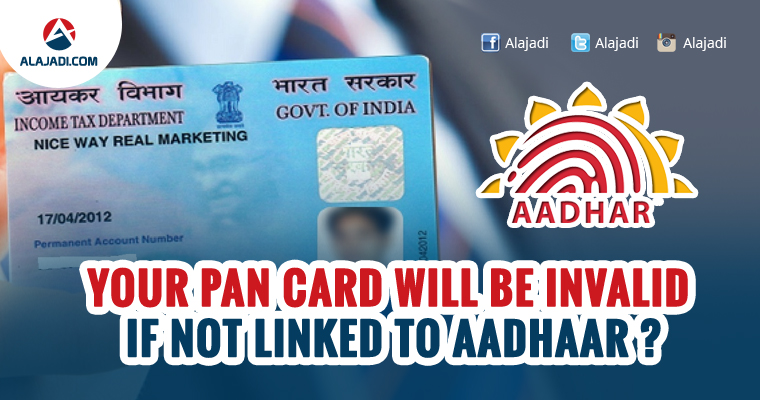 Currently, all taxpayers need to have a PAN number to file income tax return but others, such as students outside the tax bracket, also use the card as a proof of identity. The government says many of these PAN cards are fraudulently obtained, a practice that can be checked by a unique identification number.

In the Finance Bill passed on Wednesday, the government had inserted an amendment making Aadhaar mandatory for filing income tax returns. As per the amendment, “Every person who is eligible for an Aadhaar number shall, on or after the 1st day of July 2017, quote Aadhaar number, (i) in the application form for allotment of the permanent account number; (ii) in the return of income”.

By doing this, Aadhaar as bio metric details, so chance of misuse will become minimal. Aadhaar enrollment process will be complete by end of this year. More than 1.08 million people has Aadhaar unique identification number that was aimed at plugging leaks in the distribution of government entitlements and benefits.

Over the past few years, the Center has linked Aadhaar to a growing list of subsidies and schemes, such as the mid-day meal also. But the government says many of those PAN cards are duplicates or obtained through fraud.