The most awaited Tollywood movie theatrical trailer had been released by the makers. I am talking about the trailer of Nagarjuna’s devotional drama Om Namo Venkatesaya directed by K. Raghavendra Rao. The movie makers had organized a grand audio launch event in Hyderabad on January 8, 2017 and launched the audio and theatrical trailer of the movie. 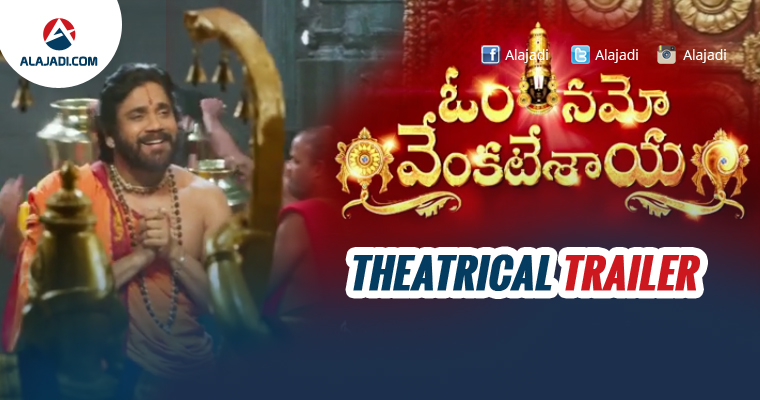 Nagarjuna after making a full-fledged presence in the movie Soggadey Chinni Nayana had later appeared in the movie Nirmala Convent which was the debutant movie of Srikanth’s son Roshan. Now the actor is busy with his upcoming Telugu Devotional Drama which is being directed by K Raghavendra Rao who had earlier directed his movies like Sri Rama Dasu, Annamaya, Shiridi Sai under same genre.

The trailer starts with the narration given by Nagarjuna and the complete trailer was awesome with good song. You can watch the trailer of the movie below. We can’t ignore the fact that the combination of K Raghavendra Rao, MM Keeravani and Nagarjuna had earlier given some big blockbuster devotional Dramas like Ramadasu, Annamaya and Shirdi Sai and in all the three movies the music had played a major part in the success. Now the fans are waiting for the release of the movie.