No Tax on Gold purchased from Disclosed Income

Amendments to the Income Tax Act began worrying people due to the strong buzz that tax would be levied on gold biscuits and ornaments as well. The Central Board of Direct Taxes (CBDT) issued a clarification saying Government hasn’t introduced any new provision for levying tax of jewellery. It further added, ‘Gold or Jewellery purchased from disclosed income, agricultural income, reasonable household savings and legally inherited aren’t chargeable to tax under the current law’. 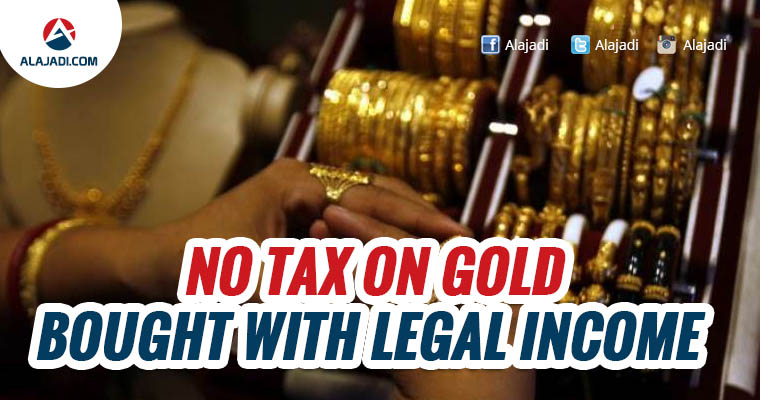 The government’s clarification today on whether new tax proposals for undeclared wealth will apply to gold and other jewellery dragged into the spotlight a 26-year-old rule that says married women are entitled to more gold than unmarried women.There is no limit on holding of gold jewellery or ornaments by anybody provided it is acquired from explained sources of income, including inheritance.

Even if the gold does not match one’s known income, “jewellery and ornaments to the extent of 500 gm for married lady, 250 gm for unmarried lady and 100 gm for male member will not be seized,” the government said, producing portions of the 1995 law. Big changes have been proposed in that law to introduce steep taxes and penalty on undisclosed wealth found in raids. The changes were cleared in the Lok Sabha earlier this week amid opposition protests.

The tougher rules follow a currency ban abruptly announced on November 8 to check tax evasion, a move which took out over 85 per cent of the cash in circulation and left millions desperate for valid note. The apprehension… that the jewellery which is acquired out of disclosed sources or exempted income shall become taxable under the proposed amendment is totally unfounded and baseless, the government’s statement said.