After Brahmotsavam Prince Mahesh Babu Busy in Shooting his 23rd Film under the direction of AR Murugadoss. Mahesh Babu is playing the role of an Intelligent Officer and romancing with Rakul Preet Singh. It is jointly produced by Tagore Madhu, Nallmalapu Srinivas, NV Prasad, ARM, Mahesh Babu under the banners of Leo Productions, G.Mahesh Babu Entertainments Private Ltd, AR Murugadoss Productions.The film’s music is composed by Harris Jayaraj, Cinematography Santosh Sivan and Edited by A. Sreekar Prasad. Ever Since the Mahesh -Murugadoss’s film announced, Everyone are eagerly waiting to know the title of the film. 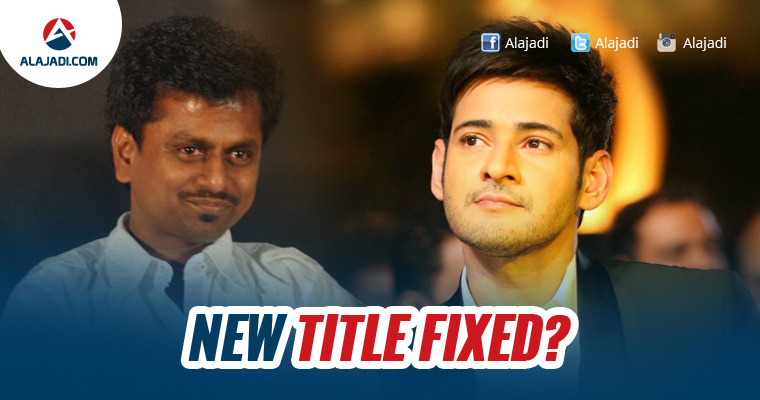 The rumours about the title of the Mahesh23 film has been creating a rage over the internet. After two titles Sambhavami and Agent Shiva, now another title called Marmam. has been doing the rounds in the industry. Marmam is a Sanskrit word, which means mystery.  This title is also yet to be confirmed. The makers are busy wrapping up the shooting of this Mahesh 23.

According to director , the film is slated to release on June 23rd. Few days back,  Director A.R.Murugadoss tweeted, “Be our guest in theaters, Opens June 23 !!!! The trailer is being planned to be unveiled on 29th March on the occasion of Ugadi. It is touted to out and out action thriller drama, loaded with some high octane action sequences. Another 45 days of shoot is pending for the project.