The Reserve Bank of India (RBI) on Thursday said that it will soon issue Rs 10 denomination notes with enhanced security features for the circulation. Earlier last month Economic Affairs Secretary Shaktikanta Das clarified that the government has no plans to introduce new currency notes of Rs 1,000 denomination. In a tweet, he added that the focus presently is on production and supply of Rs 500 currency notes and those of lower denomination. 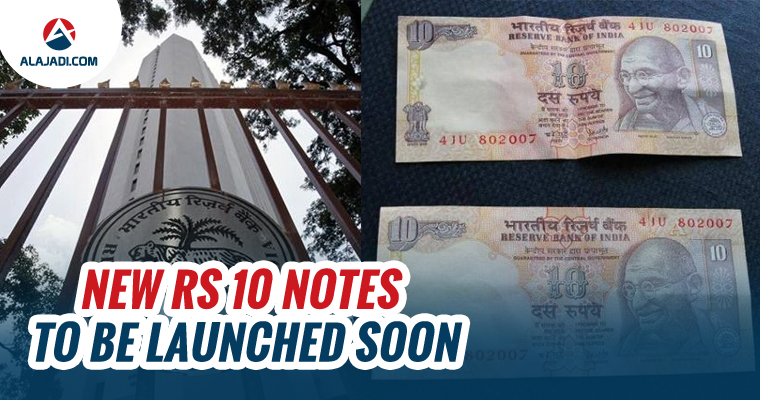 All the notes in the denomination of Rs 10 issued by the RBI in the past will continue to be legal tender. The numerals in both the number panels of these banknotes are in the ascending size from left to right while the first three alpha-numeric characters (prefix) remain constant in size, the circular added. In February, the RBI said it will soon issue new notes of Rs 100. The new banknotes would have a similar design as that of the Rs 100 banknotes issued previously in the Mahatma Gandhi Series-2005.

Let’s look at five security features which the Central Bank plans to introduce:

1) The banknotes in the Mahatma Gandhi series-2005 are to carry inset letter ‘L’ on both number panels, bearing the signature of Governor Urjit Patel.

3) Numerals on both the panels will be in ascending size from left to right.

5) All the banknotes in the denomination of Rs 10 issued by the Bank in the past will continue to be legal tender, the central bank said.

This Changes During Prime Minister Narendra Modi announced the decision to demonetize high-value currency notes of 500 and 1,000-rupee notes on November 8, which wiped out 86 per cent of the currency in circulation at that time. The center, however, decided to issue new notes of Rs. 500 and Rs. 2,000.The implementation and circulation of new notes by the RBI, however, was criticized by political opponents.One of the reasons given by PM Modi for scrapping the notes was to stop counterfeiting of notes.