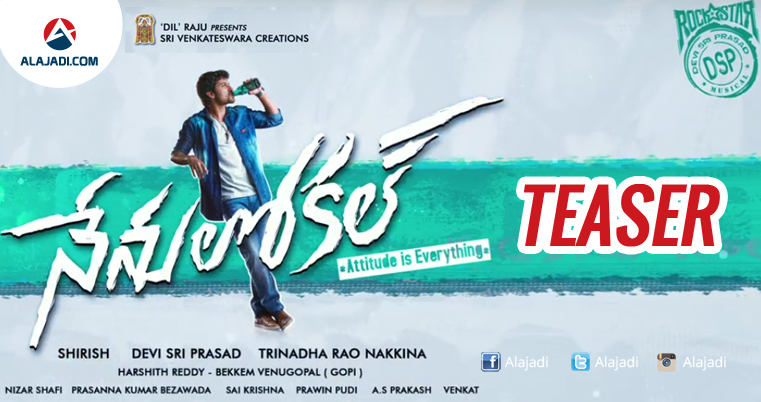 Nenu local movie is the fourth film of Nani this year who earlier seen in Krishna Gaadi Veera Prema Gaadha, Gentlemen and recently released Majnu which are super hit and critically acclaimed by film critics and audience. The 30-second teaser of Nani’s next film released by producer Dil Raj won’t offer his fandom anything new. The entire clip is a close shot of Nani and Keerthy Suresh where the former is wooing the latter who is trying out a sari. He just mimes his way, pulling her out of the frame.

The makers of Nenu Local recently released first look on Diwali. In First look, Actor Nani was seen smoking stylish in a rugged avatar and it has received superb responses.  The First look poster of Nenu Local comes with Tagline- Attitude is everything ! It is the second film of Keerthy Suresh in Telugu after “Nenu Sailaja” starring Ram Pothineni. According to Source, The film is gearing up for the grand release on the occasion of Christmas. Nenu Local is billed to be a comedy mass action entertainer. Reports suggest that Trinadha Rao was given the chance to direct this film after Nani got impressed with the script. Popular music director Devi Sri Prasad will be scoring audio tracks for the movie.