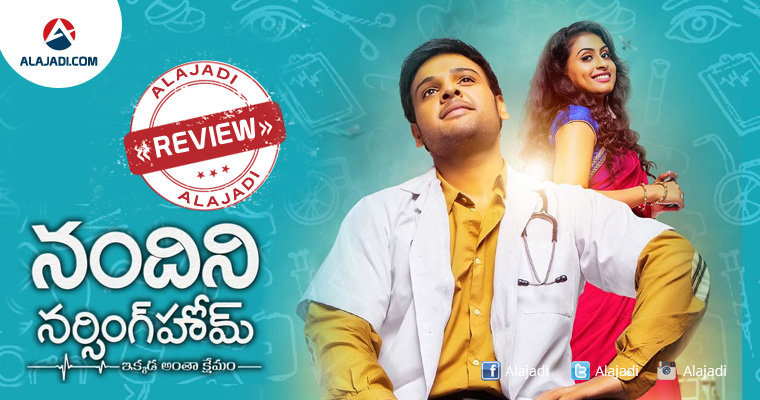 Chandoo (Nawin Vijay Krishna) is a happy guy who comes to Hyderabad from Vizag for a job. He applies for Accountant job in Nandini Nursing Home with the help of his friend Nayudu (Shakalaka Shankar). Nursing home established and run by Dr Murthy (Jaya Prakash) and his daughter Dr Nandini (Nitya Naresh). But mistakenly , Chandoo gets the job as a Junior Doctor with an attracted salary, he joins even though he did not study MBBS. Dr Nandini (Nitya Naresh) falls in love with him. On the other side, the nursing home is known as a haunted place due to few mysterious deaths in the past and a ghost is irritating all the patients in the clinic. The rest of the story is how Chandu discover the mystery behind the deaths.

Director P V Giri has showed his skills in writing. The writing of the film is so good that he became half successful at that point itself. There are few ups and downs in the film but the director has focused on what he is going to deliver and without getting side tracked, he maintained the suspense in the story. He has mixed all the required elements in the film and made the film entertaining with some good moments of comedy, romance and thrill. The climax is one major highlight and the way everyone performed in the climax impresses us.

Nawin Vijay Krishna:  He did a great job in the debut film. He emoted very well and lived in the character he played.

Nithya Naresh: She is good looking and also capable of giving some good performance in the film.

Shravya: She  is the other leading lady who did well in this film.

The comedy actors Shakalaka Shankar, Jaya Prakash Reddy, Vennela Kishore and others are successful in entertaining the audiences with their humor acts.

The music of the flick was made by Achu Rajamani and Sekhar Chandra. The trailer has figured out how to get high remarks from the gathering of people. Along these lines, the film without a doubt anticipated that would do a decent business for producers. Director Impressed with good Dialogues and poetic touch in Love Story. The background score of the film is also in sync with the mood of the film. Karthika Srinivas is the editor of the film and he did a good job. The production values maintained by the film unit are very good and grand.