Security at three major international airports in Mumbai, Hyderabad and Chennai has been stepped up after agencies were informed about a possible hijack attempt of an aircraft from these facilities. Officials said a high alert warning has been issued to the three facilities after the Mumbai police received an e-mail on Saturday night from a woman living there. According to the report, the plan to hijack three planes would be carried out by 23 people. 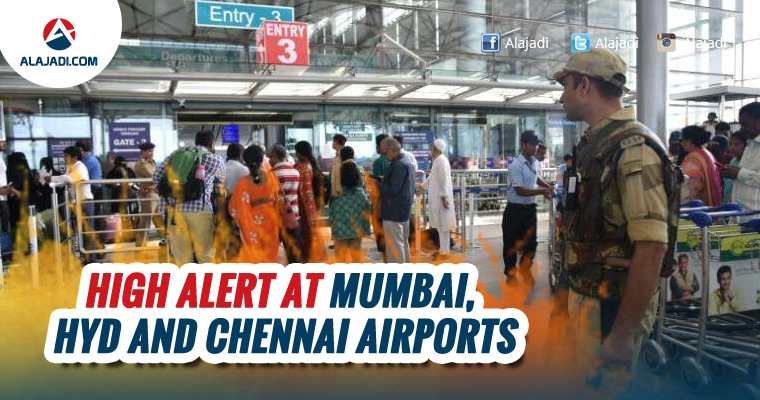 A meeting of the Airport Security Coordination Committee was subsequently convened and the input was declared specific and actionable. A number of security measures have been put in place. They have increased and strengthened the patrolling, access control. The number of security personnel deployed has been increased, OP Singh, Director General of CISF said.. The CISF has called in its sniffer dog squads and quick reaction teams for undertaking sanitation drills at the airports, they said, adding airlines have been asked to remain extra vigilant. However, there is no reason to panic and all the operations at these airports will be normal and without any hassle to passengers, a senior officer who is part of airports’ security team said.