Mumaith Khan Gets One Day Leave from Bigg Boss

Bigg Boss Telugu Contestant Mumaith Khan Gets One Day Leave from Bigg Boss to Attend SIT Questioning on Drugs Scandle Mumaith is one of those who recevied notice from SIT on Tollywood Drugs Racket. From So Many day there was a question rasing for every viewer those who watching Bigg Boss Telugu But finally today after watching bigg boss promo video in which bigg boss called mumaith khan to confession room and said that you have 10 mintues to left bigg boss house. 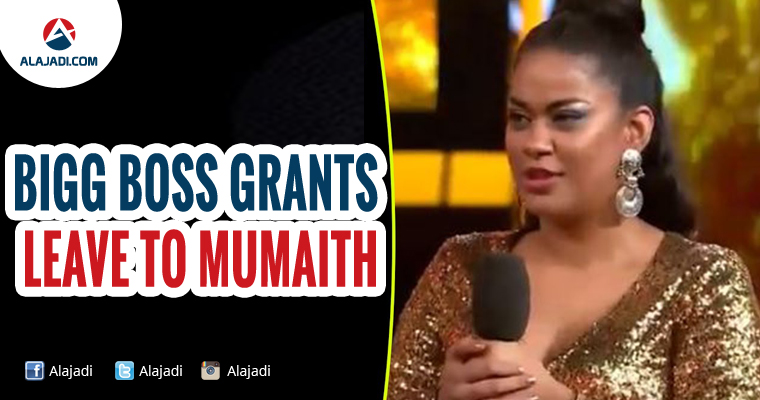 As We all Know Bigg Boss show clearly does not allow its contestant leave the premises until the contestant gets eliminated. But there are some special conditions. If in case of emergency and judiciary related obligations Bigg Boss permits its contestant to leave the house.

Actress Mumaith Khan Who Was in the sets of Big Boss in Lonavla as already reached to Hyderabad later tomorrow morning she will attend to SIT Investigation. Today, actress Charmee was Questioned by the SIT and very crucial information was received from her.

Stars like Mumaith Khan, Ravi Teja and a few others are yet to be interrogated by the exercise department in upcoming days. Mumaith Khan will be coming to Hyderabad and will be attending SIT’s questioning tomorrow (July 27). She has been given a day off from telugu bigg boss show.

More over till now Puri Jagannadh, Subbaraju, Tarun, Navadeep, Shyam K Naidu, art director Chinna and Charmee Kaur have attended the SIT’s inquiry. Mumaith will join the Bigg Boss house after she meets the SIT officials. There are many others from the industry that received summons from Special Investigation Team. Looks like the ongoing interrogation process will take few more days to complete.