95-year-old Heeraben visited a bank branch in Gandhinagar to exchange Rs 4500 worth of currency notes that her son, Prime Minister Narendra Modi, had demonetized. Pictures show Heeraben being taken in a wheelchair, holding what looks to be Rs 500 notes. She then walked into the bank, with the help of two people. Once at the counter, she can be seen signing the form. 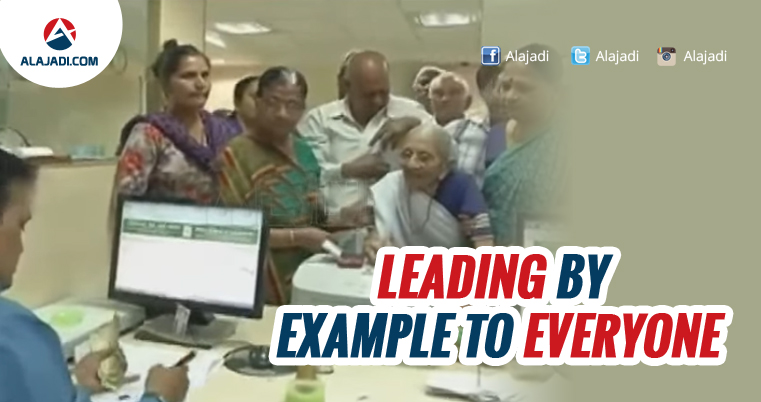 Heeraben seems to have been given on Rs 2000 note and two bundles of Rs 10 notes among other possible denominations. Another picture shows her examining the new Rs 2000 note that the cashier has handed to her. 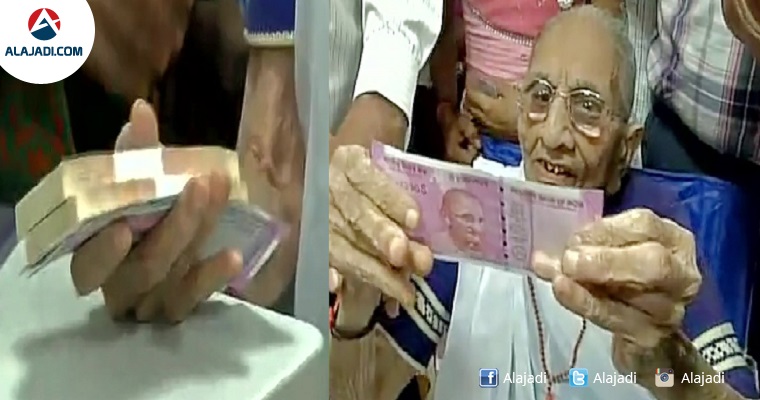 Heeraben stays with Modi’s younger brother Pankaj Modi in Raisan located on the outskirts of Gandhinagar. On September 17th this year, Modi visited his Mom to seek his blessings on his birthday. She leads a simple life. Travels in public transport, doesn’t might getting into a government-operated bus or auto rickshaw.

Meanwhile, no respite from long queues outside banks and ATMs were seen even on Tuesday, a day after a bank holiday, as people continued to struggle to get petty cash.Prime Minister Narendra Modi had last week announced demonetisation of Rs 500 and Rs 1,000 notes and said new currency notes will be introduced.On Monday, the Prime Minister had urged the people to be patient and bear with the hardships for another 50 days.