One of the prestigious titles in the modeling world is the Miss World title. Stephanie Del Valle of Puerto Rico was crowned The Miss World 2016. The 66th version of 2016 Miss World beauty pageant which was held at National Harbor near Washington D.C, United States, had 116 Contestants from 100 countries. Del Valle, 19, is a brown-eyed brunette student who speaks Spanish, English and French, and hopes to get into the entertainment industry. 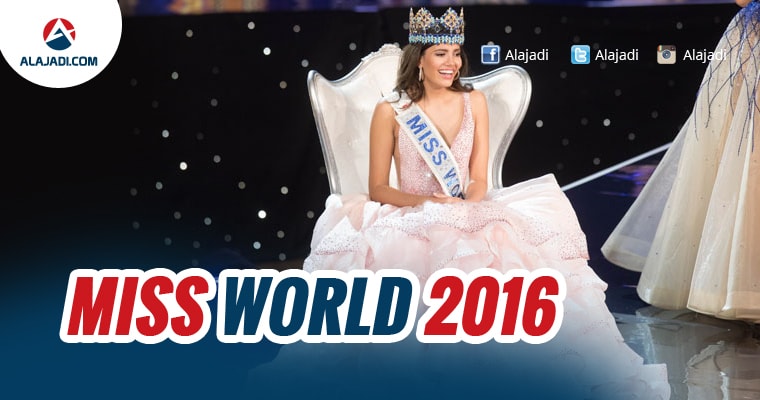 Crowned by Miss World 2015 Mireia Lalaguna of Spain, Del Valle called it an honor and a great responsibility to represent her Caribbean homeland. She becomes the second titleholder from the island after Wilnelia Merced won the title in 1975. The first runner-up was also from the nearby tropics; she was Yaritza Miguelina Reyes Ramirez of the Dominican Republic. She was followed by Natasha Mannuela from Indonesia.

The part-time model and musician, who is currently studying at Pace University in New York, stunned in a pale pink tulle gown studded with hundreds of diamante and featuring a cut-out bodice with a plunging neckline. Stephanie pipped the other top four finalists from Kenya, Indonesia, Dominican Republic and Philippines to win the title. Miss World 2015, Mireia Lalaguna of Spain bestowed the iconic crown and sash to Del Valle at the MGM National Harbor in Oxon Hill, Maryland.

The top five included Kenya, Indonesia, Dominican Republic and the Philippines. Miss India World, Chatterjee from Delhi, lost out on the title after making it as a quarter finalist at the pageant, though she did feature in the top five of the Beauty With a Purpose title, which was eventually won by Miss Indonesia Mannuela. The last time an Indian won the Miss World crown was Priyanka Chopra in 2000. Other Indians who won the title in the past include Reita Faria (1966), Aishwarya Rai (1994), Diana Hayden (1997) and Yukta Mookhey (1999).