Miss France was crowed Miss Universe on Monday in a made-for-television spectacle free of last year’s dramatic mix-up but with a dash of political controversy as the finalists spoke out on the refugee crisis and other hot-button global issues. Iris Mittenaere, a dental surgery student from Lille in the north of France, beat 85 of the world’s most beautiful women at the event in the Philippines scheduled for prime time viewing in the United States. 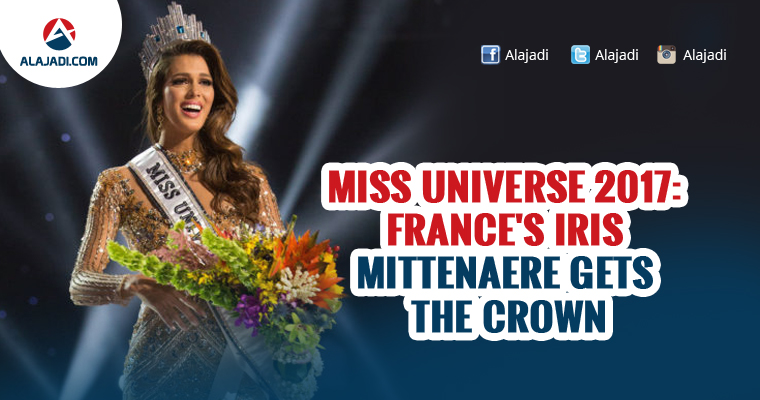 Mittenaere, 24, edged out Miss Haiti, the first runner-up, and Miss Colombia the second runner-up. In the final question round, Miss France highlighted the benefits of open borders when asked about the global refugee crisis. In France we want to have the most globalization that we can. We want to have the biggest exchange of people that we can. Maybe someday that will change but now we have open borders, Mittenaere said.

Miss Haiti Raquel Pelissier’s platform tonight was all about strength. She pushed empowering women and about how strong the women are in her country. She believes in making the most out of life and talked about the earthquake that literally rocked the lives of her community. Miss Colombia stresses the importance of education and about how young people need good role models. She hopes to be a good example to others and believes that women can be just as good of role models as men.

Miss France Iris Mittenaere is currently a student of dentistry and hopes to pursue a career in the field one day. Miss France loves to cook and believes in the love and passion of her country.

This year, There are 13 Finalists in Miss Universe beauty pageant. The top contenders hailed from France, Haiti, Colombia, US, Brazil, Canada, Mexico, Indonesia, Kenya, Peru, Panama, Thailand and Phillippines. Roshmitha Harimurthy who represented India at Miss Universe beauty pageant didn’t even feature in the Top 13. While Sushmita Sen was crowned in 1994, Lara Dutta brought it back in 2000. The pageant changed its format this year; it had 12 instead of 13 finalists, and counted online votes from the Miss Universe app and Twitter.