In Miracle, Mumbai Teen Run Over By Train Survives

Commotion at a station as a train rolls in. And then a young girl is seen running on tracks. She first jumps aside and then, probably losing her head, is seen running towards the train. Standing in the middle of the tracks, her back to the train, she covers her face. There is a chilling moment as the train hits her and then rolls on. In what is being called a miracle, 19-year-old Pratiksha Natekar survived. 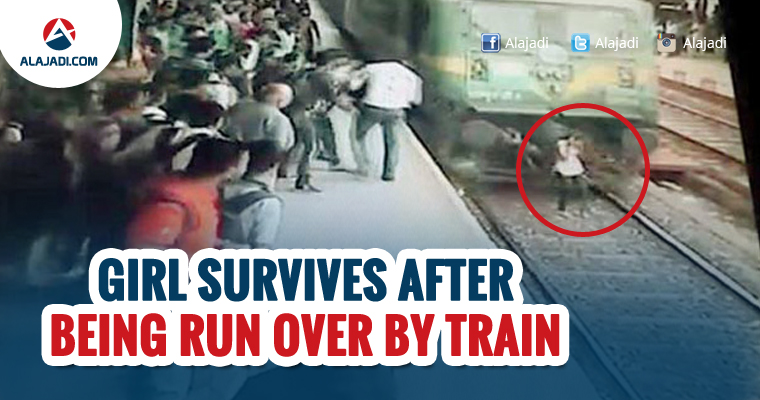 What the terrifying cellphone video that shot the encounter with the electric engine at Mumbai’s Bhandup station on May 13 failed to capture was that at the time, she had earphones on. And that, she says today, is something one should never do.  Had she not been wearing earphones, she would have heard the train in time.

“I would appeal to everyone to not plug in earphones while using the railways. Don’t use headphones while boarding a train or waiting for a train,” Ms Natekar, told NDTV. In fact, it is best to use a foot overbridge to cross tracks, she added.

The accident, she said, took place while she was on her way to work. “I was crossing the tracks when I suddenly saw the train coming. I was stunned and I did not know what to do. I don’t know what happened. When I woke up I was in hospital,” she said.

Ms Natekar suffered minor injuries on her lips, eyes and her head. “We were scared. We lost hope of seeing her alive,” her grandmother said. Wearing earphones while driving is illegal and if caught, one can be heavily fined. For pedestrians, police in every city issues warning about crossing roads and railway tracks with earphones on.