Parineeti Chopra and Ayushmann Khurrana are coming back to the silver screen together after a long gap. The movie they have signed is in early 2016 and before that they have done some films but had a gap before signing this film of Meri Pyaari Bindu. Even Parineeri Chopra made her singing debut with this film and he also claimed that her voice is not auto tuned for the song. 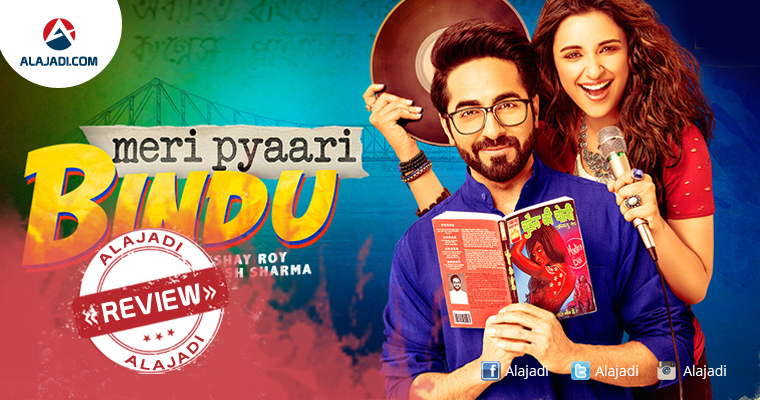 Fed up with the lack of critical appreciation despite being a successful writer, Abhimanyu Roy (Ayushmann Khurrana) returns to his roots in Kolkata to write more meaningful literature and decides on an old-fashioned love story – which was now, 3 years in the making. This writer’s block is called Bindu (Parineeti Chopra). So he will go narrating the story and he finally faces reality and reconnects with his roots, with his family and his novel starts writing itself. He once again finds himself being pulled back into the center of that crazy little thing called love.

You shouldn’t miss the film. The movie going to the romantical and musical entertainer.The audiences say that Meri Pyari Bindu has a Nice love story that is all about childhood friendship and one-sided love. Though movie is predictable in parts and some scenes and tunes make you feel that you have seen or heard them in recent movies. But interesting twists and turns make you hook on to your seats. Music lovers shouldn’t even think twice before booking their tickets for this film because Meri Pyaari Bindu is going to be more like a musical than a 2 and a half hour long movie.

Akshay Roy has done good work. The film is produced by Aditya Chopra, Maneesh Sharma under the banner of Yash raj films. The music is composed by Sachin-Jigar. The movie has good production values and music and picturisation are the attractions on the technical front.